Among people with HIV, acute hepatitis A virus (HAV) infection causes less disruption to liver function but lasts longer, aidsmap reports. Well-treated HIV is associated with a shorter hep A disease course.

Publishing their findings in Clinical Infectious Diseases, researchers studied 297 people in Taiwan who received care at 14 hospitals and represented 22 percent of the hep A cases seen during an outbreak of 1,500 infections that occurred there between mid-2015 and late 2017.

The study cohort had an average age of 31 years. Eighty-three percent of its members were between ages 21 and 40. Ninety-four percent were male, and 81 percent were men who have sex with men. There was information available about HIV status for 265 individuals, of whom 63 percent were living with the virus.

Basic symptoms of hep A infection, including fatigue and malaise, loss of appetite, jaundice, fever and vomiting, did not differ between those with and without HIV.

The median peak ALT liver enzyme, AST liver enzyme and bilirubin level was 1,512 international units per liter, 866 IU/l and 8 milligrams per deciliter, respectively in the group as a whole. A greater proportion of HIV-negative individuals than HIV-positive individuals had a peak ALT and AST higher than the median.

On the flip side, those who had HIV were more likely than those who did not to have a case of hep A that was considered prolonged (longer than 14 days)—a respective 39 percent and 21 percent of each group did so. 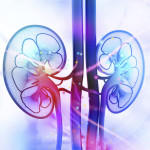