Without further research, the cause of the link remains unclear; the study that reached this finding couldn’t control for lifestyle factors.

Researchers have uncovered an association between hepatitis B and C viruses (HBV/HCV) and an increased risk of Parkinson’s disease, The New York Times reports.

The investigators found that compared with the group with the relatively minor health conditions, those with hep B and hep C were a respective 76 percent and 51 percent more likely to develop Parkinson’s. All told, 44 cohort members with hep B developed Parkinson’s, compared with the 25 cases that would be expected among the general population. For those with hep C, the corresponding number of cases were 73 and 49.

Those with autoimmune hepatitis, chronic active hepatitis and HIV did not have an increased risk of Parkinson’s compared with the cohort with the relatively minor health conditions.

The study is limited by the fact that the investigators could not adjust the data to take into account lifestyle factors that may affect the risk of Parkinson’s, such as smoking and alcohol use. Additionally, the study looked only at those who were evaluated at a hospital. 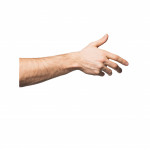 My hands shake. Is this something serious? 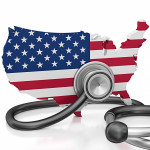