Hepatitis C Found in Semen of Gay Men With HCV and HIV, Condoms Advised Regardless of HIV Status

Hepatitis C virus (HCV) is present in the semen of enough men who have sex with men (MSM) coinfected with HIV to warrant the use of condoms to prevent the sexual transmission of HCV regardless of a partner’s HIV status, according to researchers, aidsmap reports. Publishing their findings in Open Forum Infectious Diseases, investigators studied 33 HIV/HCV-coinfected MSM who gave paired samples of blood and semen.

Sixty-four percent of the men had contracted hep C within six months and the others were infected for longer and considered chronically infected.

The participants gave 59 semen samples that the researchers could test for the presence of hep C.

There is a well-documented, expanding epidemic of sexually transmitted hepatitis C among HIV-positive MSM in the Western world. There have also been recent case reports of HIV-negative MSM contracting HCV sexually, but such transmission appears more rare. 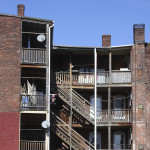