Since last December, Dafina Ward has served as the executive director of the Southern AIDS Coalition.

As a legal fellow in the early 2000s, Dafina Ward worked on a class-action lawsuit seeking access to health care for incarcerated people in rural county jails.

“That was the first time I had ever heard about someone not having access to their HIV medications,” says Ward, 44, the executive director of the Southern AIDS Coalition (SAC). “That’s how my interest in this work and advocacy, specifically around health care in the South, started.”

Ward’s work as a lawyer intersected with social justice concerns, particularly how to improve access to resources for the most vulnerable populations. In 2007, Ward, who is HIV negative, started doing consulting work around developing funds and raising money to support HIV prevention programs in Alabama.

In 2010, Ward joined AIDS Alabama as project director of Beauty Knowing, an intervention she created to target cosmetology students in Alabama, with a specific focus on Black women.

“Because of the rates of HIV among young Black women, it just felt like going into cosmetology schools was a great fit,” Ward says.

She served as the organization’s director of prevention and community partnerships from 2012 to 2015. Ward then pursued work in the health care sector before returning to HIV advocacy years later. She currently lives in South Carolina.

In 2019, Ward was appointed interim executive director of SAC, which works to end the HIV epidemic in the South. That same year, she helped launch Southern HIV/AIDS Awareness Day—observed every August 20.

“It has allowed us to have conversations around some of the challenges that may be more unique to the South than other places and to lift up the voices of people living with HIV in the South,” she says.

One such challenge is Medicaid. Ward explains that Medicaid expansion in the South is key to improving access to health care for at-risk communities in the region. Other priorities include increasing the availability of safe, suitable and affordable housing and repealing HIV criminalization laws, she says.

“People with HIV need access to training and vocational rehabilitation services that are going to help them secure employment,” Ward adds.

Since last December, Ward has served as SAC’s executive director, ensuring that the organization fulfills its mission as it pertains to policy advocacy, grant work, technical assistance and leadership development.

“We see ourselves as a megaphone and bridge,” explains Ward. “We want to amplify [the voices of people living with HIV] and build relationships with entities addressing needs in rural communities.”

For Ward, that means empowering people to be their own advocates and showing them how to be a part of ending the HIV epidemic.

This year marks the 20th anniversary of SAC’s founding. To note the milestone, the organization will unveil its strategic vision for the next five years, including how to get more Southerners involved in its efforts.

“We want more folks to be in this fight with us,” Ward says. “If we want to end the epidemic on a national level, everyone has to care about what happens in the South. The South needs to be a priority for everyone.” 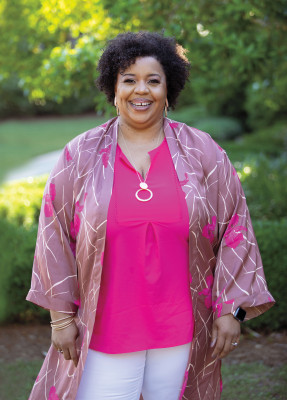 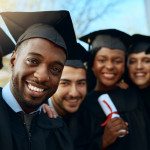