Researchers found that those with a greater than 5 percent five-year risk of either condition also had a high risk of the other.

Publishing their findings in PLOS Medicine, researchers conducted an analysis of data from the international D:A:D study to assess CVD and CKD risk among people with HIV. An individual was considered at high risk for either condition if risk calculators predicted they had a greater than 5 percent five-year risk of either.

CKD was defined as having an eGFR below 60.

A total of 27,215 individuals living with HIV were followed for a cumulative 202,034 years. Seventy-four percent of them were male, they had a median age of 42 and the median baseline year of entry into the study was 2005.

Researchers concluded that CVD and CKD be assessed together in those with HIV and that clinicians address modifiable risks for both in people living with the virus. 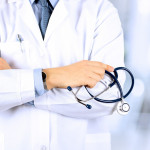 How HIV Physicians Can Better Treat an Aging Population 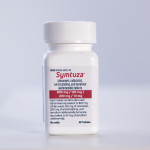