A new study identifies key changes that HIV makes to Langerhans cells in the mucosal lining of the rectum.

There is a rising epidemic of sexually transmitted HCV among HIV-positive men who have sex with men (MSM) in Western nations. HIV-negative MSM may also be at risk but apparently to a lesser extent than their HIV-positive counterparts.

The biological mechanisms that drive such sexual transmission of HCV among MSM living with HIV have thus far been poorly understood. So a group of scientists studied what are known as Langerhans cells, which are a part of the immune system of the skin, to determine whether they may play a role in such transmission.

Findings were presented in a poster presentation at the 2018 Conference on Retroviruses and Opportunistic Infections (CROI) in Boston.

The researchers took biopsies of the mucosal lining from the rectums of HIV-positive MSM and studied those samples in a tissue model in the laboratory. They detected Langerhans cells in the mucosa tissue and found that immature versions of the cells neither became infected with HCV nor transmitted the virus to liver cells, known as hepatocytes.

When Langerhans cells became activated, as opposed to existing in an immature state, this shift did not lead them to become infected with HCV. But in contrast to the immature versions of the cells, the activated ones were efficient in ferrying the virus to liver cells. 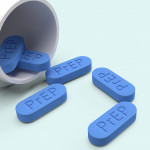