Avandia Improves Lipoatrophy in Patients Not on Zerit or Retrovir

Avandia (rosiglitazone) significantly improved HIV treatment–related limb fat loss (lipoatrophy) in people who stop taking Zerit (stavudine) or Retrovir (zidovudine), according to final results of a study published in the June 1 issue of AIDS. Preliminary findings from the same clinical trial were initially reported at the 16th Conference on Retroviruses and Opportunistic Infections in Montreal in February 2009.

Avandia belongs to a drug class known as thiazolidinediones, or “glitazones”, which are commonly used in people with type 2 diabetes to help sensitize the body to insulin. Previous research in HIV-negative diabetics predicted that these drugs might help people who’d lost limb fat from taking meds like Zerit and Retrovir to regain at least some of the lost fat. Unfortunately, studies on the impact of thiazolidinediones on lipoatrophy have been mixed.

Marisa Tungsiripat, MD, from the Cleveland Clinic in Ohio and her colleagues suspected that the inconsistent results might be due to the fact that some of the studies included people who continued to take the offending antiretroviral drugs during the study. To test this theory, Tungsiripat’s team compared Avandia to a placebo in 71 people with lipoatrophy who stopped taking Zerit and Retrovir. The researchers performed dual energy X-ray absorptiometry (DEXA) scans to assess limb fat and they took blood tests of lipid levels before the participants started the study and at later time points.

As expected, limb fat increased at least somewhat in both the Avandia and placebo groups after the study participants stopped taking Zerit and Retrovir. People taking Avandia, however, had gained nearly three times more limb fat than those taking a placebo after 48 weeks. What’s more, people who’d lost a significant amount of limb fat benefited from Avandia just as much as people who started the study with only minimal lipoatrophy.

Study participants were also asked to report whether they noticed any improvements during the study. Encouragingly, participants who took Avandia were more likely to report significant visible improvement in both limb and facial fat compared with those receiving the placebo.

The authors conclude, however, that the increases seen in total cholesterol were minimal in this study and that Avandia and other similar drugs are a reasonable consideration for people with lipoatrophy who have switched off Zerit and Retrovir.

“This is the first trial to our knowledge to examine the efficacy of [Avandia] in individuals exclusively receiving [regimens without Zerit or Retrovir],” the authors state. “The glitazones may be a promising addition for speeding the recovery of limb fat in HIV-infected individuals who have already switched off [these drugs] and remain with significant lipoatrophy.” 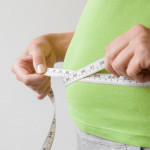 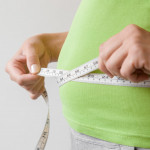