Keeping bones healthy is a growing concern for people with HIV. Marshall Glesby, a researcher at Cornell University and a physician, explains the latest research and how to prevent or treat bone density problems.

More and more cases of reduced bone mineral density—called osteopenia when it is less severe and osteoporosis when it is more advanced—have been reported in the past several years in people with HIV, and at a younger age than their HIV-negative peers. It’s also growing clearer that the problem is likely to become even more common as the number of people living with HIV who are in their 40s and 50s increases. As researchers seek to explain why bone loss occurs, providers and patients are wondering what they can do to keep their bones healthy.

Marshall Glesby, MD, PhD, an associate professor at Weill Cornell Medical College in New York City, has published data on bone problems in people with HIV and treats patients in Cornell’s HIV clinic. “There are data to support that HIV infected people who’ve never been on treatment will commonly have decreased bone density,” Glesby explains. “There are also several studies now suggesting that with initiation of antiretroviral (ARV) therapy there’s often an initial decrement in bone mineral density…within the first six to 12 months or so of starting treatment…. It’s not clear that it’s related to any particular drug or class of drugs, but maybe that HIV therapy in general seems to have a short-term adverse effect on bone density.”

According to Glesby, the picture is less clear about what effect ARV treatment may have on bone health over the long term. He stresses, however, that people with HIV can incorporate a number of lifestyle changes to both help protect their bones and to help stabilize bone loss once it has begun to occur. In addition to increased rates of cardiovascular disease in people with HIV, bone loss could turn out to be a powerful motivator for people to finally kick the smoking habit, take up exercise and eat a more healthy diet.
What the data show

A number of studies have found significant differences in bone mineral loss between HIV-positive and HIV-negative people of the same age. One study found that HIV-positive patients may be three times as likely to have bone mineral loss as HIV-negative patients. It is not completely clear, however, how much of the problem is directly related to HIV, how much to HIV treatment and how much to other factors such as low body weight, smoking, alcohol use and low vitamin D levels. Glesby says that all of these can contribute to bone loss.

Studies looking at which drugs are most likely to decrease bone mineral density haven’t been consistent. One recent study in the journal AIDS suggested that an ARV regimen including Retrovir (zidovudine) and Epivir (lamivudine) may lead to more bone loss than a regimen not including those treatments. Other studies have implicated still more drugs. No study, however, has conclusively shown that any one of the ARV treatments is completely free of the problem. In fact, Glesby points out that a recent analysis of a trial called SMART, which compared continuous HIV treatment with long treatment interruptions, found that people who took treatment interruptions had less bone loss than people who stayed on treatment continuously. People in that study were on a number of different treatments. Intermittent therapy was, however, associated with significantly more opportunistic infections and deaths and is not a recommended treatment strategy.

One of the primary concerns with bone mineral loss is bone fractures. According to Glesby, it looks like people with HIV may be at an increased risk for fractures. He points to a study by Virginia Triant, MD, and her colleagues with this conclusion. “They looked at the spine, wrist and hip…and though it differed a little bit between men and women…there was a greater prevalence of fractures in people with HIV compared to people without HIV.”

While scientists continue to study the phenomenon, however, and hope to pinpoint both the causes and the mechanisms for bone mineral loss, people are concerned with what they can do about the problem now.

What you can do

Glesby says that researchers haven’t yet settled on whether everyone with HIV infection should have bone density measured or just those with risk factors or older than a certain age. This is in part because there is not yet consensus on how aggressively to treat people if they do have mild bone loss. With older men and women, bisphosphonates are one alternative. Since these drugs should only be used for several years, however, is it better for people with HIV who are in their 30s and 40s to take them now, or wait until they may need them even more when they are older? Glesby indicates that there’s no clear-cut answer.

He does, however, look for vitamin D deficiencies in his patients. Vitamin D helps the body absorb calcium. Low vitamin D levels are clearly linked to bone mineral problems, and people can take supplements if theirs is low. This is especially important for people in Northern latitudes who don’t get as much exposure to the sun during the long and cold winters.

Important too, are healthy lifestyle choices. “There are general lifestyle measures that are important for general health, [bone health] and prevention of cardiovascular disease, like smoking cessation. We know that smoking is a risk factor for osteoporosis. Weight bearing exercise (also helps),” Glesby notes.

Numerous studies have also found that people who are too thin for their height, called low body mass index, or low BMI, have an increased risk for bone loss. So eating a rich and healthy diet and taking other measures to prevent excessive weight loss may also be key.

As sobering as it may be for people with HIV to hear about yet another concern, bone health is one area where simple, inexpensive and positive action can start today. 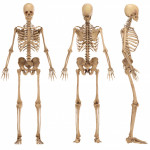 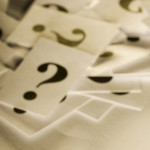 Questions for Your Doctor About Overall Health