Advocates respond to the reports that a father, who is living with HIV, was permanently separated from his daughters after entering the U.S.

Does the U.S. Customs and Border Patrol (CBP) believe that a parent’s HIV-positive status alone is enough to justify the separation of a child from that parent? Yes, CBP chief Brian Hastings told the House Judiciary Committee during a July hearing. The reason, he said, is that HIV is a communicable disease. Hastings supplied this answer despite the fact that in 2010, U.S. Citizenship and Immigration Services removed HIV from the list of diseases that bar immigrants from entry into the United States.

The questioning followed reports that in 2018, three sisters were permanently separated from their father, who is living with HIV, after entering Texas via Mexico. The man was deported back to Honduras, and the girls, ages 11, 12 and 14, have not seen him since.

On social media, advocates responded swiftly and sternly, shaming CBP for ignoring government policy, science and morality in enforcing such deportations. House members are now demanding clarification and a renunciation of this discriminatory practice, best described by ACT UP New York as “evil and ignorant!” 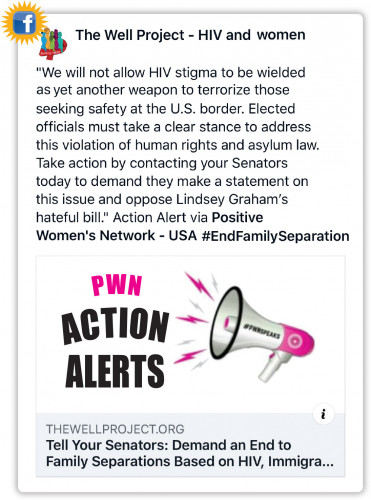 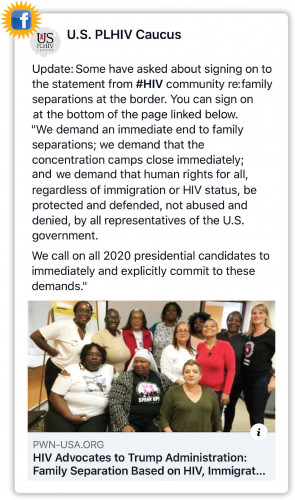 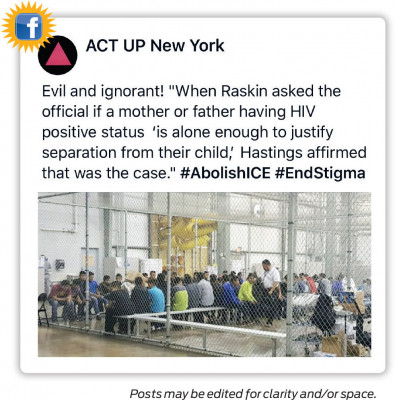 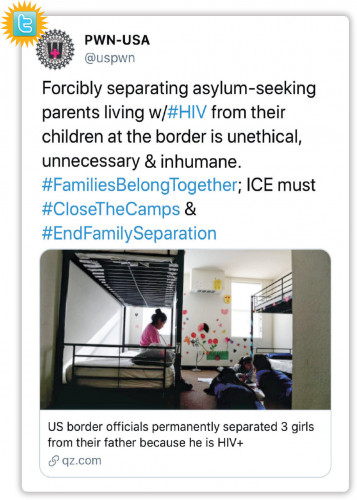 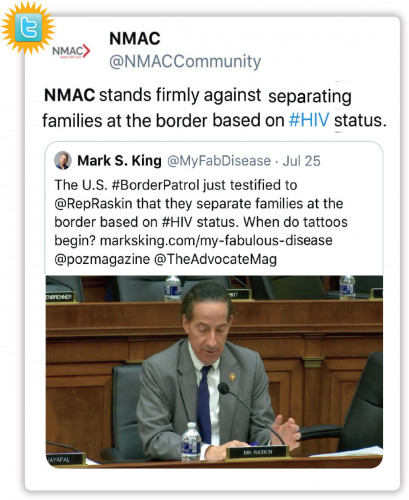