Some good news regarding cancers: If antiretroviral therapy is able to maintain undetectable viral loads and higher CD4 cell counts, it may reduce the risk of various AIDS- and non-AIDS-related cancers, according to a Kaiser Permanente study published online ahead of print by the journal Cancer Epidemiology, Biomarkers & Prevention.

The main goal of the study was to determine how much of the increased cancer risk in people living with HIV resulted from their disease, such as immune suppression and detectable virus, and how much was due to risk factors, such as smoking, alcohol/drug use and obesity. To accomplish this goal, Michael Silverberg, PhD, MPH, and his colleagues performed a cohort study from 1996 to 2008 of adult HIV-positive and demographically similar HIV-negative individuals from Kaiser Permanente Northern and Southern California.

The risk for 10 cancer types was compared between the groups, while adjusting for cancer risk factors. Silverberg’s team also evaluated the effect of CD4 counts and viral loads, both of which are markers for HIV disease severity.

The risk of prostate cancer was actually lower in those living with HIV, compared with those not infected with the virus.

As for lung, colorectal or head/neck cancers (notably cancers of the oral cavity and throat), no statistically significant risk increases were documented in the general comparison between the two groups. However, when the researchers adjusted the data to include only those with cancer risk factors, notably smoking, the risks for lung cancer and oral/throat cancers were significantly increased among people living with HIV, compared with those not infected with the virus.

In effect, immunodeficiency was positively associated with the risk of all studied cancer types, except prostate cancer.

The amount of HIV virus in the blood was only associated with two cancers: KS and NHL.

Most cancers found to be associated with immunodeficiency had a known infectious cause, suggesting a mechanism in which an impaired immune system cannot adequately suppress certain cancer-causing viral infections such as human papillomavirus or hepatitis, Silverberg’s team explained. They also acknowledged that for some cancers, such as lung and oral-cavity cancers, the elevated risk was multifactorial and likely resulted from both an impaired immune system and risk factors such as smoking.

“Taken together, we believe our results support cancer prevention strategies that combine routine prevention activities, such as smoking cessation, with earlier HIV treatment to help maintain a patient’s immune system,” Silverberg and his colleagues conclude.

“After adjusting for risk factors, the incidence rates of six of 10 cancers were markedly elevated in HIV patients. When we looked more closely we discovered that for most cancers studied, HIV patients with the lowest CD4 [cell counts] had higher rates compared with those without HIV,” the researchers noted. “These findings need confirmation in other settings, particularly colorectal cancer, which has not been previously linked to immunodeficiency.” 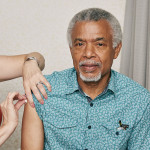 Who can safely receive COVID-19 vaccines?