Male circumcision may reduce men’s risk of being infected with HIV, but it doesn’t appear to curb the transmission of the virus from men who are already positive to their female partners. These sobering new results from a study conducted in Uganda, and reported on Monday at the 15th Conference on Retroviruses and Opportunistic Infections (CROI) in Boston, also suggest that the risk of transmission was likely increased among couples who resumed sexual intercourse before the male partner’s circumcision wound had healed completely.

In March 2007, a panel convened by the World Health Organization (WHO) and the Joint United Nations Program on HIV/AIDS (UNAIDS) recommended that male circumcision be recognized as intervention to reduce the risk of heterosexually acquired HIV infection in men. The recommendation was based on strong evidence from three randomized controlled trials, including one conducted in the Rakai District of Uganda, indicating that circumcision reduced men’s risk of acquiring HIV infection by approximately 60 percent.

To evaluate whether male circumcision also reduces the risk of transmitting the virus from HIV-positive men to HIV-negative women, Maria Wawer, MD, a professor of population, family and reproductive health at Johns Hopkins Bloomberg School of Public Health, and a team of Ugandan colleagues conducted a second major study in Rakai.

The study randomized 1,015 HIV-positive men with CD4 counts of at least 350 cells to either undergo immediate male circumcision (the intervention group) or to delay male circumcision for two years (the control group). The 770 married men were asked to invite their spouses to participate in the study. Dr. Wawer reported that 566 wives enrolled in the study, of whom 245 (43 percent) were HIV negative.

All participants in the study were given information regarding HIV prevention, provided with free access to condoms as well as counseling and testing.

At CROI, Dr. Wawer’s group presented results involving 165 couples who had been followed for two years. The HIV-positive men in 94 of the couples were circumcised upon entering the study; the other couples served as controls.

Among couples in the intervention group, 13.8 percent of the women became infected with HIV during the first two years of follow-up. Among couples in the control group, approximately 9.6 percent of the women were infected with HIV during the initial two-year follow-up period. While there was clearly a trend toward higher infection rates among the male-circumcised couples, the difference between the two groups was too small to be considered statistically significant.

Among those in the intervention group, the excess infections during the first six months of follow-up occurred in five of 18 (27.8 percent) couples that resumed sexual intercourse at least five days before the circumcision wound had healed. Among those who abstained from sexual intercourse until the circumcision wound was at least within five days of being fully healed, transmission occurred in six of 63 couples (9.5 percent) during the first six months of follow-up.

In the control group, the HIV infection rate was 8.8 percent—on a par with the six-month HIV incidence seen in couples in the intervention group who delayed sexual intercourse until the male’s surgical wound had healed.

A confounding factor may have been that, compared with HIV-negative men who were circumcised in the original Rakai study, surgical healing time was slower among the HIV-positive men who underwent circumcision. Wounds were completely healed 30 days after circumcision in 71 percent of the HIV-positive men, compared with more than 83 percent of the HIV-negative men.

After the first six months, the HIV infection rate dropped to roughly 5 percent in both the intervention and control groups for the remainder of the two-year follow-up period.
Dr. Wawar’s group noted that the circumcised HIV-positive men were less likely to contract a sexually transmitted infection during the two-year follow-up period, compared with the HIV-positive men who delayed circumcision (10.1 versus 15.8 percent, respectively). However, there was no difference between the two groups with respect to STI transmission to the female partners in the study.

Of note, a second Rakai study reported at CROI involving HIV-negative study subjects did show a significant reduction in the incidence of bacterial vaginosis, trichomonas and other genitourinary diseases among women partnered with circumcised men, compared with women coupled with uncircumcised men. The study data, as reported by Aaron Tobian, MD—another member of the Johns Hopkins Rakai study team—also found a sharp decrease in genital herpes infection among circumcised, compared with uncircumcised, HIV-negative men.

In concluding her report, Dr. Wawer indicated that male circumcision had no direct HIV benefits to women but, potentially, an increased risk of transmission with early resumption of sex. This, her team suggests, has important implications—appropriate education and post-surgical follow-up will be required where circumcision programs are scheduled to be rolled out. 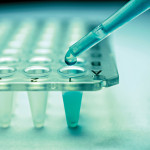