Combivir (zidovudine plus lamivudine) is a likely contributor to limb fat loss (lipoatrophy) and possibly abdominal fat gain (lipohypertrophy) in people living with HIV, according to a European study published May 21 in the online scientific journal PLoS One.

The nucleoside reverse transcriptase inhibitor (NRTI) Zerit (stavudine) has been linked, in at least two studies, to an increased risk of lipoatrophy of the face, arms, legs and buttocks. In turn, its inclusion in HIV treatment regimens is no longer recommended—at least for people new to antiretroviral (ARV) therapy with other available options.

Less is known about the role of zidovudine in the development of lipoatrophy or lipohypertrophy. Though zidovudine is chemically similar to stavudine—they are the two thymidine analogue members of the NRTI class—one study has indicated a higher risk of body fat changes among those using the drug, albeit not to the extent seen with stavudine.

To further explore the possible connection between zidovudine and body fat abnormalities, a Dutch, Spanish and Finnish team headed by Marit G. A. van Vonderen, MD, of the VU Medical Center in Amsterdam conducted a randomized clinical trial involving 50 HIV-positive men beginning therapy for the first time. Half were allotted to receive Kaletra (lopinavir/ritonavir) plus Combivir; the other half received Kaletra plus the non-nucleoside reverse transcriptase inhibitor (NNRTI) Viramune (nevirapine).

The amount of subcutaneous limb fat—fat immediately below the skin—decreased by more than half a kilogram within two years of starting Kaletra/Combivir, whereas visceral abdominal fat—fat deep within the body—increased. Conversely, in the Kaletra/Viramune group, there was a steady increase in both subcutaneous and visceral fat, a common finding among people living with HIV starting ARV therapy for the first time.

In conclusion, the authors reiterate that Combivir is associated with both lipoatrophy and lipohypertrophy. “These findings support to no longer consider zidovudine/lamivudine as one of the preferred possible components of first-line antiretroviral therapy where alternative treatments are available.” 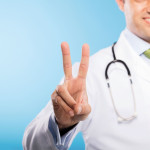 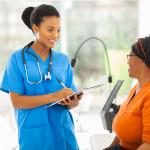 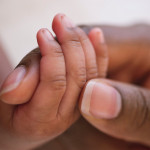