The event will take place next May at Ohio State University. But right now you can watch a documentary about an HINAC in Alabama.

Originally scheduled for the end of May and early June 2020, the HIV Is Not A Crime IV (#HINAC4) National Training Academy has been postponed one year because of the COVID-19 pandemic. The fourth iteration of the event is now slated for May 22 to 25, 2021, at the Ohio State University in Columbus.

HINAC has taken place every other year since 2014. The goal is to train attendees about advocacy, coalition building and grassroots organizing so they can change and modernize HIV criminalization laws at the state level.

To watch a documentary on the second HINAC event, held in Alabama, click on the image above this article’s headline. 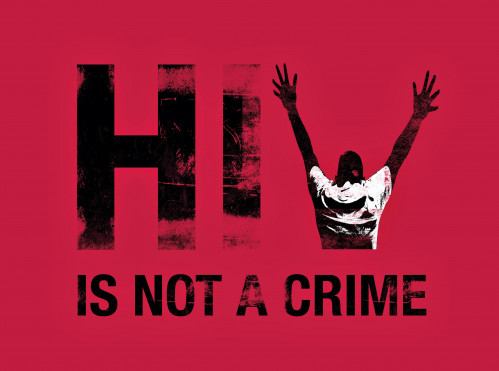 In an announcement posted on HIVIsNotaCrime.com, the organizers answer questions regarding scholarships, abstracts and refunds. They are also considering holding a virtual session leading up to the 2021 academy.

Previous HINAC events have taken place in Iowa, Alabama and Indiana, and the group’s programming has seen successful reforms enacted in several states. Organizers hope to see an influence in Ohio. As of 2018, that state was one of 19 that still criminalize the nondisclosure of one’s HIV-positive status prior to having sex.

To read more about that, see “‘HIV Is Not A Crime IV’ Sets Its Sights on Ohio in More Ways Than One.”

To read POZ’s feature story on the first HINAC, click here. And to read Mark S. King’s blog post about one of the events, see “Checking Privilege at ‘HIV Is Not a Crime’ 2016.”

To read a chapter about HIV criminalization from the book The War on Sex, click “HIV: Prosecution or Prevention? HIV Is Not a Crime.”