A ’Functional Cure’ for HIV?

Anthony Fauci, MD, the head of U.S. governmental AIDS research, isn’t ready to give up on finding a cure for HIV. Dr. Fauci talks with AIDSmeds.com about placing what he called a “functional” cure front and center at last month’s XVII International AIDS Conference.

Using the current crop of antiretroviral (ARV) drugs to cure HIV in the traditional sense—eradicating the virus from the body—may not be possible. But according to a provocative lecture delivered last month at the XVII International AIDS Conference (IAC) in Mexico City, Anthony Fauci, MD, a noted AIDS researcher and long-time head of the National Institute of Allergy and Infectious Diseases (NIAID) of the National Institutes of Health (NIH), suggested that it may be possible to achieve a “functional” cure—a lifetime without symptoms, disease progression or prolonged ARV treatment—if a short course of HIV therapy is started immediately and aggressively by people newly infected with the virus. And if this proves possible, there’s hope of doing away with the need for expensive and potentially toxic treatment in others who have been living with HIV for months or years.

Dr. Fauci doesn’t use the word “cure” lightly. Several years ago, his own laboratory started HIV treatment in a small group of people newly infected with the virus. Fauci’s team thought they had achieved the impossible when they were unable to detect the virus in some patients who responded well to therapy. When treatment was stopped, however, the virus came surging back. “I’ve been in this boat before, where I couldn’t find virus, and then when I stopped therapy the virus came back, so I’m very, very cautious about that,” Fauci says.

Subsequent research explained why this approach didn’t work. In the days and weeks after a person becomes infected, the virus quickly finds its way into cells throughout the body and establishes what Fauci and others call a “reservoir” of virus. This reservoir includes cells that can live a long time and that ARV drugs can’t reach; it is what allows the virus to stage such a powerful comeback, even after years of keeping viral loads undetectable. Many scientists have conceded that getting rid of every viral particle in every cell—what Fauci calls a “sterilizing” cure—may be impossible.

However, at IAC and more recently in an interview with AIDSmeds.com, Fauci argued that we might now have the arsenal necessary to functionally cure HIV, at least in the newly infected. Compared with ARVs used in initial cure studies conducted more than 10 years ago, we now know which medications are the most potent and have several drug classes to draw from. Thus, if therapy is started early enough using a mega-regimen involving four or five classes of drugs, it may be possible to effectively prevent the HIV reservoir from becoming too large. If this can be accomplished, Fauci hopes, the immune system may be able to combat HIV on its own, ultimately allowing treatment to be stopped indefinitely without increases in viral load or decreases in CD4 cells.

Fauci acknowledges that such a functional cure probably wouldn’t work in everyone. However, if it does pan out in newly infected individuals, the research may illustrate ways to achieve similar results in those who have been infected for several months or years—possibly through using a type of immune-based therapy, such as a therapeutic vaccine. Moreover, he feels that keeping scientific and public attention focused on the hope of some kind of cure is vital to controlling the epidemic.

Sooner Rather Than Later

Fauci says that studies are already under way that will help build the scientific foundation for producing a functional cure. “One [of the studies],” says Fauci, “takes people who are very well controlled on [ARV] therapy, with undetectable viral loads, and then [intensifies treatment] with an integrase inhibitor as well as an entry inhibitor.” The goal of this study, he explains, is to see whether treatment intensification can decrease the size of the viral reservoir and halt the destruction of immune system cells needed to effectively control HIV in the body.

If treatment intensification achieves this, the next step would be to try it in people who started ARV therapy very early. “If you treat people early enough,” Fauci says, “so that the reservoir doesn’t get to a point that it’s so large that you’ll never get rid of it, but also preserve an HIV-specific immune response, you can essentially stop therapy and [still] keep the virus in check.”

Fauci likens a functional cure to the situation seen in “elite controllers”—HIV-positive people whose immune systems are naturally able to keep virus at undetectable levels without ARV treatment. Scientists are actively seeking the genetic makeup that sets the immune systems of elite controllers apart from the majority of people with HIV. Fauci concedes the possibility that a person may need to carry at least some of the same genetic mutations as elite controllers for a functional cure to work, but hopes that won’t be necessary.

While this is good news for people who start taking ARV treatment within days or weeks of infection—admittedly a tiny minority of people with HIV—what about everybody else? Fauci replies, “Are those people beyond my hopes of doing anything for? My answer is, No they’re not. It’s going to be more problematic, but in those people I hope that we could, with the right approach, diminish the reservoir the best we can [while also boosting immune responses] with the use of immunotherapy.”

While the addition of integrase and entry inhibitors to the ARV arsenal may have given us the tools to reduce the HIV reservoir, no immune-based therapy has yet made it to market. This means it could be a number of years before we’re able to boost the immune systems of people with HIV. Nevertheless, Fauci says, “I’m not giving up on those people by any means, but what I’d like to do first is establish a proof of concept where you stack all the cards in your favor first. And that’s what I was talking about in Mexico.”

Because of the sheer size of the global HIV epidemic and the tremendous number of new infections each year, Fauci feels that it is vital for us all to stay focused on a cure, no matter how difficult the scientific challenge may be. Maintaining every single HIV-positive person in the world on ARV therapy, he says, “is an untenable situation.” The remaining options, he explains further, are two potentially workable solutions: “either prevent all infections, or produce a functional cure so that you don’t necessarily have to keep people on therapy for the rest of their lives.”

“We need to pursue both of those tasks,” Fauci continues. “We need to really do a full court press on prevention, but we also can’t give up on the possibility that in some people, we may be able to actually discontinue therapy [and achieve a functional cure].” 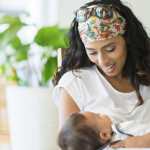