In this essay, Tom Perrault recounts his journey toward hopefully controlling HIV without medication.

Editor’s note: Tom Perrault is a consultant, a human resources executive and an attorney. He was board chair of the San Francisco AIDS Foundation (SFAF) and also served as chair of SFAF’s $15 million capital campaign. To read details about this cure study, click here.

“Oh, I have a study that you’re going to join,” my doctor, Lisa Sterman, MD, MPH, said to me almost flippantly. It was August 27, 2020, and I had gone to see her in San Francisco for my regular checkup.

What I didn’t fully understand then was that this HIV cure trial was the first of its kind. In fact, according to Rowena Johnston, PhD, vice president and director of research at amfAR, The Foundation for AIDS Research, it’s the most complex cure trial to date.

Sterman knew that I was a good candidate for the study. When I tested HIV positive in 2004, I immediately got effective treatment, which had become widely available in 1996.

Because the side effects of the early drugs were potentially severe, many people delayed going on them until absolutely necessary. This was a source of legitimate medical debate in 2004, with many doctors encouraging patients to delay.

But I was anxious to get started, potential side effects be damned. And that decision made me eligible for this cure study. The researchers wanted candidates who had started treatment for the virus early in the infection, before it had time to do some lasting harm or damage.

Sterman was aware that I had participated in HIV trials previously. When someone asks me to participate in science, I always say yes.

But I never get my hopes up for these trials. Most of the time, I’m simply donating some tissue, or researchers are administering tests. I rarely ever think I’ll accrue any personal benefit from them. I see them instead as being beneficial to my community in the long term.

As a gay man coming of age in the late ’80s in San Francisco, I saw a whole generation before me quickly disappearing. I stand on the shoulders of all the people who participated in early clinical trials so that I could take a daily pill to keep my HIV in check. It’s the tiniest of paybacks for all their sacrifices.

It wasn’t until I went to Zuckerberg San Francisco General Hospital a week later to get screened for this new trial that I really tuned in to just how groundbreaking it would be. And with 37.7 million people living with HIV and more than 1.5 million new cases each year, we desperately need groundbreaking.

The trial is a joint collaboration between amfAR and the University of California San Francisco dating back to 2016, and its goal is to train the body to control HIV without the use of any medicines.

While not a cure per se (some HIV is expected to remain undetectable somewhere in the body), it’s a functional cure, meaning that, if the trial works, I would no longer have to take any medication and would be unable to transmit HIV. (See “A Complex Cure Trial” for more details.)

For the first time, I started to get excited. But, like any good medical professionals, the study doctors downplayed expectations. Still, a cure? I had only ever known the specter of HIV/AIDS as a constant nagging companion.

The treatment would be a series of injections and transfusions over the course of months, after which I would go off my HIV meds and let my body work its supposed new magic. Fingers crossed it would actually work or even get close. 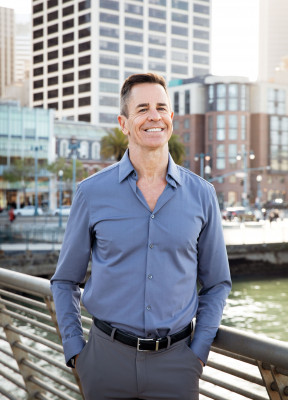 When I first started treatment, I began posting about the process on Instagram and Facebook to let my friends and acquaintances know what I was about to undertake. But I hesitated for a few weeks before saying anything because, while I’ve been out as a gay man since the early ’90s, I’d never come out on such a large scale as a man living with HIV.

While definitely a bit apprehensive, I was also excited to be participating. If others couldn’t share my joy, then that was their issue. I was going to focus on the people who were willing to join me for the ride and share my experience.

What I hadn’t expected, however, were the myriad strangers who also followed along via my social media posts. Although I wasn’t actively seeking new followers for this experience, I would one day see a number of people from Turkey begin to comment or send me direct messages seeking more information. A few days later, it was folks from the Philippines. Then Nigeria. Then the Middle East. And so on.

Not only were people desperately seeking information on HIV treatment, but many also confessed secrets that they hadn’t shared with anyone else before.

They spoke to me about the loneliness and stigma of being HIV positive with no one to support them. About being gay but scared to come out or even act upon it. About the abuse they had suffered that led to their diagnosis. And about their suicidal ideations.

I began setting aside time after each post to reply to each person’s questions or comments. Some just needed to share their feelings and know that they had been heard. Some wanted more information. And some wanted to be my ongoing pen pal because, even though a stranger, I was all they had. I was good with that.

The doctors set July 3, 2021, as the date I would go off my HIV medication to see what my body could do on its own. This was nearly a year after I had first heard of the study. I was anxious to finally see what would happen.

My doctors told me that they expected my HIV to rebound by the end of August or early September. With my expectations firmly in check, I went in every week for a blood draw, per the protocol. Each week, the blood work showed that I was undetectable for HIV. This continued for months. Every week felt like a gift.

I had an agreement with the nurse practitioner in charge of my weekly blood draws that she would call me when (if?) the virus ever reappeared in my body before sending her usual notification email.

As I sat on a plane ready for takeoff to Washington, DC, to spend Thanksgiving with family in Virginia, I saw that someone had left me a voice mail. It was the nurse practitioner letting me know that my virus had been detected at 34 copies per milliliter.

Later that night, when I was alone, an intense grief hit me. Unexpected tears sprang to my face. I didn’t realize just how invested I had become in remaining undetectable. Which, of course, was foolish because the entire point of the experiment was to have the virus return so that the body could handle it on its own. When you live for so long without hope, it’s hard not to latch onto anything that might be a silver bullet.

I soon shared the news with my family. However, I did take a few weeks to share it on social media. I felt like I was letting everyone down. I also wanted to get more blood work done to see whether this was a mere blip or the start of the virus coming back in full force.

My doctors had warned me that once the virus returned, they expected to see a sharp increase in my viral load (the amount of virus in my blood). A high viral load is generally considered above 100,000 copies, but you could have 1 million or more.

The next week my viral load had gone from 34 copies to 363. The experimental protocol didn’t begin an “official” tracking of the virus until I crossed 400 copies, which it did the following week when it jumped up to 1,377 in early December. The following week, I dipped to 1,031 copies. Where was this sharp spike they were predicting?

The week before Christmas, my viral load went back up, to 1,430. Unfortunately, no one could tell me what any of this meant because a cutting-edge experiment like this means no one could possibly know.

I was looking for a pattern or meaning in a set of numbers that didn’t exist. All I could do was hope that my viral load would return to being considered undetectable once again. 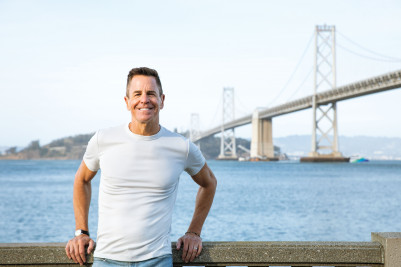 The week between Christmas and New Year’s Eve was a hard one for me, and I had to skip my blood work. I flew home from New York on Sunday, December 26, and awoke on Monday feeling terrible and felt ill all week. I stayed in bed for multiple days. It had been a long time since I’d felt so sick.

Many at-home tests and later a PCR test demonstrated that it wasn’t COVID-19. So I feared the worst: that the long- awaited spike had come and was wreaking havoc on my body.

I nervously went in the first week of January prepared for the bad news. To my surprise, my viral load had dropped to 863. My body wasn’t being pummeled by the virus after all. Rather, it seemed that my body was pummeling the virus, and I was laid up because it apparently takes a lot out of a body to beat HIV.

The next week, my viral load dropped to 478 copies, and my body felt great. I called the lead doctor to help me make sense of these results. The answer he gave me is one that is familiar to me by now: Who knows? I’m doing better than they expected, and the researchers are also trying to make sense of it all. They won’t be able to say anything more definitive for a long time, but they cautioned me that the virus is crafty—it’s a fighter and knows how to survive.

So while my immune system currently has the upper hand, I can’t let my hope get too far ahead of reality. I’ve fallen prey to magical thinking before, and I’m not going back there again.

This is a science experiment, for sure. But for me, it’s also so much more. It’s a lesson in patience, perseverance, resilience, being comfortable with the unknown and, yes, optimism.

I know that whatever happens, though, we’ve already won. Science has won. The experiment may succeed or fail in my body, but with the information my doctors have gained, we’ve already made extraordinary progress in the fight against HIV.

And I’m ready to celebrate that.