The agency has issued an urgent call to nations to implement steps to ward off this threat to progress in fighting the epidemic.

Nations around the world are experiencing increasing rates of HIV that is resistant to key antiretroviral (ARV) medications, warns the World Health Organization (WHO). WHO representatives stressed to attendees at the 9th International AIDS Society Conference on HIV Science in Paris (IAS 2017) that recent progress in tackling the epidemic could be undermined if nations do not take key steps in addressing this growing problem.

A 2017 WHO report on HIV drug resistance provides details on the finding that in six out of 11 nations surveyed in Africa, Asia and Latin America, more than 10 percent of those starting HIV treatment today have a strain of virus that is resistant to some of the most widely used ARVs. The Global Fund to Fight AIDS, Tuberculosis and Malaria and the U.S. Centers for Disease Control and Prevention (CDC) coauthored the report.

According to the report, the primary problem drugs with regard to drug resistance are Viramune (nevirapine) and Sustiva (efavirenz).

WHO recommends that once nations cross this 10 percent threshold, they hasten a review of their HIV treatment programs and protocols, following WHO guidance. This includes taking immediate action when identifying individuals whose ARV treatment is failing. The health agency also recommends that nations consider transitioning away from drugs like Viramune and Sustiva for first-line HIV treatment (the ARVs individuals go on when first starting treatment) and toward regimens based on the integrase inhibitor class of ARVs, in particular Tivicay (dolutegravir).

UNAIDS just announced that an estimated 19.5 million of the 36.7 million people living with HIV worldwide are now on treatment for the virus. Rising drug resistance notwithstanding, the vast majority of them are still doing well on treatment.

Speaking at IAS 2017, Meg Doherty, MD, PhD, coordinator for HIV treatment and care at WHO, characterized the drug resistance report as “good news, bad news” because its findings help various stakeholders refocus their efforts to better control the epidemic. 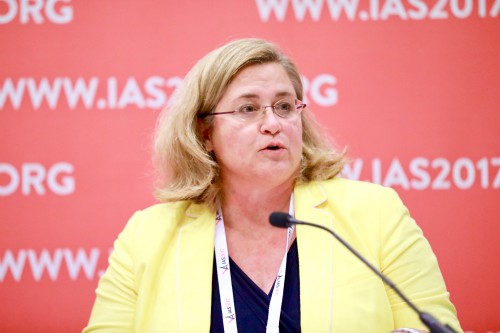 “We’re very interested in seeing how we can work on drug resistance,” Doherty said. “And this data helps us build a case for why we should be working toward a collected response to HIV resistance.”

In a press release, Shannon Hader, MD, MPH, director of the U.S. Center for Disease Control and Prevention’s (CDC) Division of Global HIV and Tuberculosis, said, “The new report pulls together key HIV drug resistance survey findings from across the globe that, taken together with other national-level data, confirm we must be forward-thinking in our efforts to combat resistance: scaling up viral load testing, improving the quality of treatment programs and transitioning to new drugs like dolutegravir.” 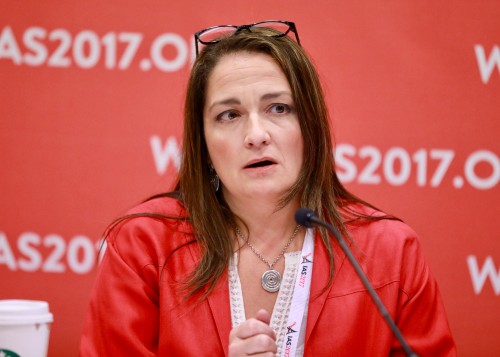 Shannon Hader, MD, MPH, director of the Division of Global HIV and Tuberculosis at CDC, speaking at IAS 2017Benjamin Ryan