Compared with nevirapine (Viramune), efavirenz (the active ingredient in Sustiva and a component of Atripla) appears to be associated with better survival, fewer AIDS-related opportunistic infections and a decreased likelihood of experiencing virologic failure among first-time treatment takers. These are the findings of a large cohort study published ahead of print by the journal AIDS.

“Our results have important clinical implications for patients initiating treatment without AIDS,” the authors write. “In these patients, we find that regimens containing efavirenz perform better than regimens containing nevirapine with respect to immunologic, virologic and clinical outcomes.”

Efavirenz and nevirapine are two of the most commonly prescribed NNRTIs around the world. For people starting therapy for the first time, the World Health Organization recommends either drug as a regimen component. The European AIDS Clinical Society and British HIV Association guidelines recommend both drugs, but do specify when each is preferred.

In the United States, Atripla remains the only “preferred” non-nucleoside reverse transcriptase inhibitor (NNRTI)-based option for first-time treatment takers. Nevirapine is considered a third-tier selection—it is an “acceptable” option, but both preferred and “alternative” NNRTI options (such as Complera, Edurant plus Epzicom, or Sustiva plus either Epzicom or Combivir) should be considered first.

While both agents have their limitations—efavirenz is generally not recommended during pregnancy and has been linked to sometimes disabling central nervous system problems; nevirapine should be avoided by people with high CD4 counts to reduce the risk of allergic reactions—is one necessarily more effective than the other?

One analysis of combined clinical trial data, along with cohort study results, indicate efavirenz is associated with better survival, viral load control and slower disease progression, compared with nevirapine. These studies, however, are limited in their interpretation, in that they weren’t necessarily limited to those starting HIV treatment for the first time or those in earlier stages of HIV disease.

To shed further light on these two agents, researchers with the HIV-CAUSAL Collaboration—consisting of six cohorts in Europe and the United States, all involving patients with universal access to care (for example, through the U.S. Veterans Administration)—looked at health outcomes among 14,857 people starting HIV therapy for the first time with an efavirenz-based regimen and 7,724 initiating treatment with a nevirapine-based regimen.

Pre-treatment CD4 cell counts and viral loads were similar between the two groups, though individuals treated with efavirenz were somewhat more likely to have a CD4 count below 200 cells (32.7 versus 28.2 percent) and to have a viral load in excess of 100,000 copies (35.8 versus 25.6 percent). Those starting treatment after 2003 and those with chronic hepatitis C infection were also more likely to initiate efavirenz than nevirapine.

Those who received nevirapine also achieved a slightly smaller gain in CD4 counts after 12 months, with a 10 CD4 cell difference between the two groups.

“Both the meta-analysis of randomized trials and our analysis of observational data found an increase in mortality among initiators of nevirapine, compared with efavirenz, regimes,” the authors comment. “However, our result was more precise and directly applicable to HIV-infected individuals who are identified before an AIDS-defining illness is diagnosed. One possible explanation for our findings is that nevirapine regimens may be more frequently interrupted due to toxicities. If these patients switch to a second-line regimen that is less effective and harder to tolerate, nevirapine regimens will appear less effective than efavirenz regimens in an intention-to-treat analysis, particularly in later years.” 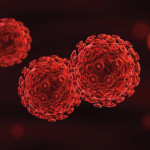