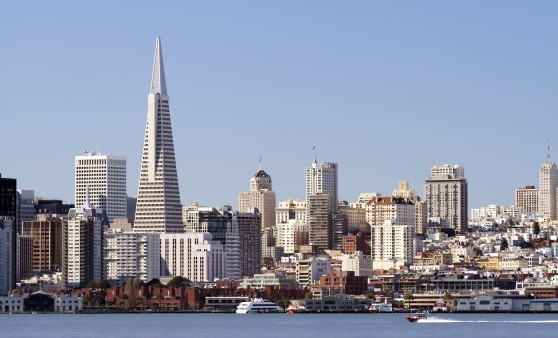 The international conference is slated for San Francisco, but major U.S.-based HIV groups demand that it be relocated. Here’s why.

Major HIV leaders, including groups based in the United States, sent an open letter to IAS demanding that it move the conference off U.S. soil. Why? According to the letter, “We cannot overemphasize this point: Under the policies and political climate of the current federal leadership in the United States, it is impossible to honor the five values of IAS by hosting AIDS 2020 in the U.S. at this time. We refuse to stand by while those most affected by HIV within and outside of the U.S. are, at best, excluded and, at worst, put in harm’s way by holding the conference in San Francisco.”

Evidence-based: We are data-driven, consistent with our role as an independent voice of HIV professionals. We strive to ground all of our actions in evidence and advocate for the HIV response to prioritize science over ideology.

Human rights-focused: We support people working on all fronts of the global HIV response who share our vision and mission. We are committed to the human rights of the people and communities affected by HIV.

Inclusive: We are committed to representing the diversity of all actors involved in the global HIV response. We support the greater involvement and meaningful engagement of people living with HIV, key populations and other vulnerable groups affected by HIV in all of our work.

Accountable: We expect high ethical standards from ourselves and our partners, and we are clear about these expectations. From workplace policies to third-party agreements, our ethical guidelines and requirements are outlined at every opportunity.

Partners: We seek partnership and facilitate collaboration, bringing together people and organizations from all fields and all levels to drive progress. We believe that we are stronger together.

The letter continues: “We anticipate that the U.S. political climate will only be worse in 2020, in the final months of a presidential election year that, like 2016, may well be marked by heightened violence, intentional promotion of stigma and the need to mobilize to protect our communities.

“We are gravely concerned about the ability of the most vulnerable communities globally impacted by HIV to participate in a U.S.-based conference in 2020. History shows that local, state or even federal officials cannot guarantee the human right for safe travel of marginalized groups.”

What’s more, the letter notes, U.S. travel restrictions make it impossible for sex workers and people who use drugs to attend the conference.

IAS is a global group of HIV professionals. Its International AIDS Conferences are held every other year at different locations across the world. This 22nd conference (AIDS 2018) will be held July 23 to 28 in Amsterdam. The theme is “Breaking Barriers, Building Bridges.”

The IAS press release notes that AIDS 2020 would mark 30 years since the event was held in San Francisco.

“San Francisco is an inseparable part of the story of HIV/AIDS,” Democratic House Leader Nancy Pelosi says in the release. “It is fitting and deeply inspiring that advocates, researchers and survivors will return to the Bay Area for the 2020 International AIDS Conference.

“The people of San Francisco will never forget what it took to come from those darkest times, when many of us were going to two funerals a day, to a time when we are celebrating weddings and retirements of people with HIV.”

IAS expects about 15,000 people to participate in AIDS 2020 in San Francisco.

If you oppose holding the conference on U.S. soil, you can sign the open letter here.

On Friday, March 16, the Latino Commission on AIDS released a statement in support of hosting AIDS 2020 in San Francisco and Oakland.

“San Francisco was heavily hit by the AIDS epidemic in the early days. Today, San Francisco has been playing a central role in HIV/AIDS research [and] advocacy,” said Guillermo Chacon, president of the Latino Commission on AIDS and founder of the Hispanic Health Network, in the press release. He notes that the city has become “a beacon of the public health response, and the development of innovative community-based models of prevention and care in our nation. Oakland has been a pioneer [in] HIV testing engagement and addressing stigma and discrimination of HIV/AIDS in our communities. We welcome the decision to bring back the International AIDS Conference to San Francisco and Oakland.”

POZ Poll: Should the international AIDS 2020 conference be moved out of the U.S.?

Yes. Move the conference out of the U.S.

No. Hold the conference in the U.S. as planned.