Measuring the levels of the antiretroviral (ARV) drug Reyataz (atazanavir) in snippets of hair might be the best way to predict treatment success, even among people with previous adherence problems, according to a study published in the May 15 issue of the journal Clinical Infectious Diseases. The new method could add a much-needed and more accurate way to detect people who are having a hard time taking their medication as prescribed.

Maintaining adequate levels of ARV drugs in the blood stream is key to preventing HIV from developing resistance to those drugs. That’s why good adherence—taking all drug doses on time as prescribed—is so important. In fact, the majority of the treatment failures that occur within the first year after a person starts ARV drugs for the first time are believed to be related to poor adherence.

Unfortunately, numerous studies have documented two factors that make it quite difficult to uncover and respond to adherence problems. First, most doctors are very poor at predicting which of their patients will have adherence problems. Second, most patients minimize—both to themselves and to others—the extent of their adherence challenges when their adherence is poor. Given that as few as three or four missed doses per month can allow HIV to develop drug resistance, there isn’t a big margin for error.

In previous experiments, Monica Gandhi, MD, MPH, from the University of California in San Francisco, and her colleagues with the Women’s Interagency HIV Study (WIHS) showed that looking at the levels of either Kaletra (lopinavir plus ritonavir) or Reyataz in hair samples gave a very accurate estimation of whether people had enough drugs in their system to suppress HIV. It also easily identified those struggling with adherence. Hair snippets can be an ideal measure of adherence, because they indicate how much Reyataz has been taken over a longer stretch of time, while blood levels might only indicate a single missed dose.

To expand on this earlier study, Gandhi’s team again looked at Reyataz levels in hair of 424 HIV-positive women enrolled in WIHS. This time, however, in addition to assessing the ability of hair samples to predict HIV treatment success, they also looked at whether hair sampling could help determine whether someone who formerly struggled with adherence could get his or her HIV back under control.

The majority of the women in this newer study had failed on other ARV regimens before starting their current regimen including Reyataz, and Gandhi’s team found that self-reported adherence was a very poor indicator of actual adherence among study participants. Whereas 77 percent claimed to have taken at least 95 percent of their Reyataz doses, hair sampling revealed that fewer than 20 percent had done so.

As with the previous study, Gandhi and her team found that the levels of Reyataz in hair perfectly corresponded to the percentage of women in each group who had achieved undetectable HIV levels. Only 25 percent of those with very low Reyataz hair levels and 52 percent of those with low Reyataz hair levels achieved undetectable viral loads. By comparison, 73 percent of the women with moderate Reyataz levels, 78 percent with high levels and 87 percent with very high levels achieved virological control. In fact, the women with the highest levels of Reyataz in their hair samples were 63 times more likely to achieve undetectable HIV levels than women with the lowest levels.

Gandhi’s team also found, however, that measuring hair levels offered a way to determine who would be able to get virus back under control after adherence problems were uncovered. In those women who continued to have the lowest levels of Reyataz in hair samples, less than 10 percent were able to reach an undetectable viral load. By comparison, in women who formerly struggled with adherence—whether measured by self-report, blood HIV levels or Reyataz hair levels—but who later had high Reyataz levels in hair (and presumably improved adherence), 88 percent were able to reestablish control of their HIV.

The authors are proposing that testing drug levels in hair could offer an important method to boost adherence rates and reduce the number of people who fail on their HIV regimens. One possibility would be to measure drug levels in hair soon after a person starts HIV therapy, and then to conduct a viral load test in those with the lowest levels. What’s more, Gandhi and her colleagues are thinking about the needs in resource-poor countries as well.

“We are currently working on developing a lower cost, point-of-care method of analyzing antiretroviral levels in hair for resource constrained settings to increase the feasibility of this tool,” they explain.

“The results of the analyses presented here argue for the possibility of hair antiretroviral concentrations serving as a method of HIV therapeutic drug monitoring that may increase the durability of current antiretroviral regimens in a variety of settings,” they conclude. 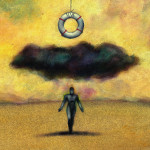