People with HIV responding well the antiretroviral (ARV) therapy commonly experience at least minor signs of thinking and memory problems, according to a study published online December 7 in AIDS. Most problems were so minor, however, that people didn’t realize they had any dysfunction. The study does not predict whether or how rapidly these problems might worsen.

Researchers studying neurocognitive disorders in people living with HIV—which can encompass problems with thinking, reasoning, memory, emotions and movement—once focused almost predominantly on the most extreme and debilitating version, AIDS dementia complex (ADC). As survival and the risk of AIDS-related diseases have dramatically improved in recent years, researchers are now focusing on HIV-associated neurocognitive disorder (HAND): a cluster of minor but increasingly common central nervous system problems in HIV-positive people.

In the past two years in particular, published studies have shown that HAND might be most common in people who are not on ARV therapy and who have uncontrolled HIV replication. To determine the prevalence of HAND among people responding well to ARV therapy, Samanta Simioni, MD, from the Centre Hospitalier Universitaire Vaudois, in Lausanne, Switzerland, and her colleagues assessed the cognitive function of 100 HIV-positive people who had successfully suppressed their viral loads for, on average, at least three years. Most of the participants were male, and the average age was 46.

HAND was very common. In all, 74 percent were diagnosed with some degree of the disease. The majority of people diagnosed with HAND, however, did not have symptoms severe enough to be noticeable to the participants—though they did have signs of the disorder based on sophisticated assessments.

Though all had viral suppression for a long duration, the length of time spent with no detectable virus did differ between those reporting symptoms and those without symptoms. After taking into account quantifiers such as age and use of antidepressants, an analysis found that people complaining of symptoms did have a shorter duration time of viral suppression.

The authors stress that the study should not be interpreted as saying that ARV therapy doesn’t work—quite the opposite. These results, the authors add, indicate that the longer a person is on HIV treatment, the lower the severity of HAND. Simioni’s group also concludes that, even though ARV therapy does not eliminate HAND completely, it reduces the likelihood that it will worsen significantly or interfere with daily living. It should also be noted that the study is small and cannot be broadly applied to all people with HIV.

The authors conclude, “These data point out the importance of an early diagnosis of HAND and of a regular follow-up of HIV-positive patients, especially when they complain of cognitive disorders.” 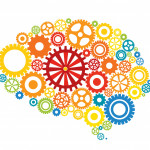