Substance Use Doesn’t Increase Risk of Neurocognitive Problems in HIV

Neurocognitive problems—notably HIV-associated neurocognitive disorder (HAND)—are no more likely to occur in illicit substance users compared with non-substance users, according to a report published ahead of print on the Journal of Acquired Immune Deficiency Syndromes website.

These findings are surprising, writes Desiree Byrd, PhD, of Mount Sinai School of Medicine in New York City and her colleagues, yet the results convey an important message to health care providers, notably that people with a history of substance use shouldn’t be excluded from research exploring HIV and related factors as causes of neurocognitive decline.

Because of the documented connection between substance use and neurocognitive problems, people with a history of using, or who are actively using, alcohol and illicit drugs may be left out of scientific research—including treatment protocols—looking specifically at the role of HIV and related factors in the development of HAND. However, not all studies have demonstrated clear links between substance use and neurocognitive decline, hence there is a need for additional research to explore any potential connections.

To address these disparities—and curtail any bias regarding substance use and neurocognitive problems in people living with HIV—Byrd and her colleagues selected cases from the federally funded CNS HIV Antiretroviral Therapy Effects Research (CHARTER) study that differed in substance use status but were relatively free of other health complications, such as stroke or head injuries. The aim of the study, her group writes, was to determine whether people living with HIV with histories of illicit substance use needed to be viewed differently when conducting research into HAND and other neurocognitive problems.

Based on the results of various neurocognitive tests conducted as part of CHARTER, Byrd’s group failed to reveal any significant differences between the three groups. While there was some evidence of associations between lifetime heroin dosage and poor recall and working memory—as well as between cannabis and cocaine use and verbal fluency—the authors pointed out these connections were weak.

The researchers add: “While this finding does not suggest neurocognitive safety of past substance use, it does indicate that substance use history, even when complex, does not necessarily merit exclusion of patients in short-term analyses of cognition in [HIV-related neurolocognitive] research.” 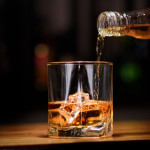 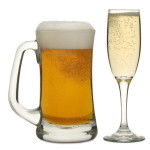