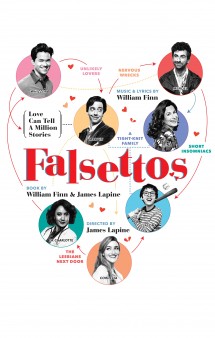 AIDS-themed musical Falsettos took home a Tony Award when it debuted in 1992. The story—now being revived on Broadway and starring Andrew Rannells, Christian Borle and Stephanie J. Block, with the show’s original director James Lapine—follows a neurotic Jewish New Yorker in 1979 as he leaves his wife and son for a male lover who dies two years later of a mysterious “gay cancer” that was starting to claim lives across the city. (The term AIDS was first used in 1982.) “It’s a different world we live in now,” William Finn, who wrote the lyrics and music, recently told Playbill, “so I wonder how it’s going to be received. I don’t even know if the show evinces the horribleness of the times because it’s talking about family and a lot of other things.”