Long-awaited results from a Phase II study of ibalizumab, an antibody-based therapy that has been in early stage development for several years, were reported at the 51st Interscience Conference on Antimicrobial Agents and Chemotherapy (ICAAC) on September 17 in Chicago. Though the results raise more questions than answers about the drug’s efficacy, the presenting researchers conclude that ibalizumab holds potential for HIV treatment veterans in need of novel therapies.

Ibalizumab is an experimental entry inhibitor being developed by TaiMed Biologics, a biotechnology company with research facilities in Taiwan and Irvine, California. The drug contains genetically engineered antibodies, known as monoclonal antibodies. These antibodies bind to the CD4 receptor on CD4 cells. Once ibalizumab binds to these receptors, HIV cannot successfully connect with the surface of CD4 cells, thus preventing the virus from infecting healthy cells.

Because of ibalizumab’s unique mechanism of action, researchers have long believed that the drug holds tremendous promise as an HIV treatment, particularly for people with multiple-drug-resistant strains of the virus.

Ibalizumab is currently administered intravenously in an outpatient setting. To date, the drug has been given by researchers once weekly and every other week, using a dose that depends on body weight.

With the successful completion of a variety of early stage studies, including a 48-week Phase IIa study reported in 2006 demonstrating statistically significant viral load reductions compared with placebo, a Phase IIb study was started in August 2008. Twenty-four week data from the latest study were reported at ICAAC by Stanley Lewis, MD, PhD, of TaiMed.

Unlike the weight-based dosing used previously, the Phase IIb study explored two fixed doses: 800 milligrams (mg) administered intravenously once every two weeks and 2,000 mg given every four weeks. The clinical trial enrolled 113 people living with HIV with resistance to multiple drugs, including at least one drug in the three major classes of antiretrovirals (the nucleoside reverse transcriptase inhibitors, non-nucleoside reverse transcriptase inhibitors and the protease inhibitors).

Both doses were combined with an optimized background regimen containing at least one drug the patients’ viruses were sensitive to. Of note, no placebo for comparison purposes was used in the study.

Encouragingly, Lewis reported that ibalizumab was well tolerated with no drug-related deaths, serious side effects or discontinuations. Though some laboratory abnormalities were reported, these were not associated with any “clinically meaningful” problems. The most common side effects were rash, diarrhea, headache and nausea, which appeared to be more common in the 2,000 mg dosing group.

Going forward, TaiMed plans to use the lower dose of the drug to minimize the risk of side effects without compromising efficacy. The company is also experimenting with a subcutaneous version of the drug—administered using a hypodermic needle to deliver ibalizumab directly under the skin—to allow for once-weekly injections at home. 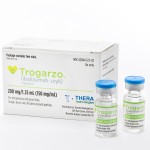 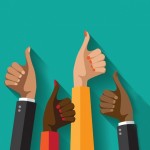 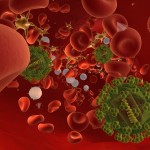 First Antibody Treatment for Drug-Resistant HIV May Get FDA Nod