Deaths from drug overdoses dropped in the vicinity of North America’s only safe injection site—located in Vancouver—four times faster than in other areas of the city, according to a study published online April 18 in The Lancet.

Numerous studies have found that providing clean syringes to injection drug users significantly cuts the rates of both HIV and hepatitis C virus (HCV) infection. This approach to drug addiction is called harm reduction, in that its primary goal is to reduce the harm associated with injecting drugs (for example, contracting HIV) rather than to stop the drug use itself.

Contrary to the claims of syringe exchange opponents, the service doesn’t increase drug use in the neighborhoods where it is provided. In fact, some studies show that in addition to reducing HIV or HCV infection, it also boosts the rate at which people switch from street drugs to methadone programs or abstain from drugs altogether.

Taking harm reduction a step further, activists, health care providers and researchers sought to expand the reach of traditional syringe exchange by providing a safe place for addicts to inject their drugs. A primary aim of providing safe injection sites—there are about 65 worldwide—is to reduce the risk of fatal drug overdoses. In most sites, addicts bring drugs purchased elsewhere to the site and inject them under the supervision of a nurse. The nurse doesn’t assist with the injection but can intervene in the event of an overdose or other significant health emergency. In 2003, the University of British Columbia (UBC) obtained permission from the government to open North America’s first and only safe injection site called Insite.

In the Lancet study, a team led by Thomas Kerr, PhD, and Julio Montaner, MD, both from UBC, combed coroner’s records for all fatal drug overdoses in the city of Vancouver since Insite opened in 2003.

Marshall’s team found that the number of fatal overdoses occurring within 500 meters of Incite fell by 35 percent between 2003 and 2005. In fact, no fatal overdoses have occurred at the Incite clinic itself since it opened. By comparison, the rate of fatal overdoses fell by only 9 percent in the rest of Vancouver over the same time period.

“This study provides the first unequivocal scientific evidence of the benefits of supervised injection facilities, and [it] clearly demonstrates that facilities such as Insite are saving lives and playing a vital role in reducing the harms associated with illicit drug use,” said Montaner in a UBC announcement about the study.

Kerr agreed with Montaner, concluding, “Research results clearly show facilities such as Insite could literally be the difference between life and death for many people.” 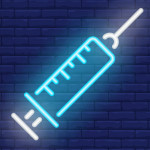 How to Practice Harm Reduction in the Age of COVID-19 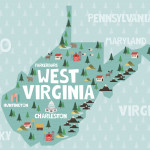