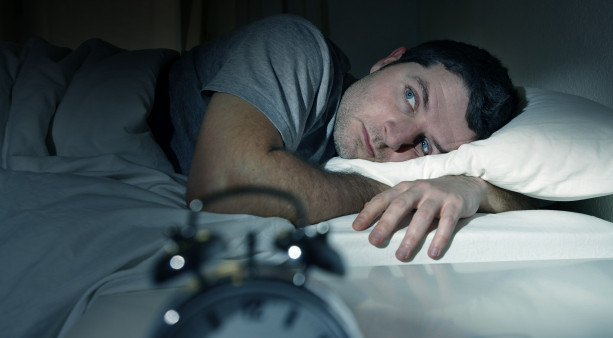 But people with HIV are less likely to be diagnosed and treated for insomnia than their HIV-negative peers.

People living with HIV were five times more likely to have insomnia but were less likely to be diagnosed and treated for it than their HIV-negative peers, according to a study by Ken Kunisaki, MD, of the University of Minnesota, and colleagues published in Open Forum Infectious Diseases.

This sub-study culled data from 357 of the 483 participants in the larger Pharmacokinetics and Clinical Observations in People Over Fifty (POPPY) study at sites in the United Kingdom and Ireland. The overall study is comparing the health outcomes of people living with HIV over age 50 to those of people the same age without HIV as well as younger people with HIV.

The participants overall were more likely to be men, around 56 to 65 years old, white (90%) and gay or bisexual. HIV-positive people over 50 had a median lowest-ever CD4 count of 174 compared with 270 for younger people with HIV. All were on antiretroviral treatment; 15% of those over 50 and 18% of those under 50 were taking efavirenz (sold alone as Sustiva and as a component of the Atripla combination pill), which is known to have neurological side effects, including sleep problems.

Participants were asked to complete two sleep questionnaires to assess insomnia, restless leg syndrome and sleep apnea, among other conditions. They then spent one night at home wearing a fingertip pulse oximeter to gather data on oxygen saturation in the blood, a marker of sleep apnea.

The researchers found that although people living with HIV were no more likely to experience sleep apnea or restless leg syndrome than their HIV-negative peers, they were far more likely to experience insomnia: 21% of older people with HIV and 23% of younger people with HIV met criteria for insomnia, compared with just 5% of older participants without HIV—a fivefold increased risk.

What’s more, insomnia was associated with worse physical and mental outcomes among people with HIV—regardless of age—compared with HIV-negative people. That includes more severe sleep disturbances and sleep-related impairment.

And while most people living with HIV didn’t have higher rates of sleep apnea or restless leg syndrome, those who had multiple sleep disorders (only 17 participants) had worsening outcomes as the number of sleep disorders increased. Less than one third of people with HIV reported having been diagnosed or treated for the disorders.

“These emerging data indicate that people with HIV are at substantially increased risk for insomnia compared to HIV-negative controls and that the prevalence of insomnia is not related to aging,” wrote the authors. “Given the high demands on HIV clinician time and limited research resources, our data suggest that clinical and research efforts might benefit from prioritizing time and effort towards insomnia over [restless leg syndrome].”