Intelence (etravirine) may be potent enough for once-daily use in people who are new to antiretroviral (ARV) therapy, according to a study presented at the Ninth Congress on Drug Therapy in HIV Infection in Glasgow and reported by aidsmap.com. Intelence is currently approved for twice-a-day use in treatment-experienced patients.

Because it typically takes from 30 to 40 hours to be eliminated from the body, Intelence is a good candidate for once-a-day dosing. To investigate this potential, Jacob Lalezari, MD, an assistant professor of clinical medicine at the University of California at San Francisco, analyzed drug blood levels in Intelence—combined first with Truvada (tenofovir/emtricitabine) and then with Norvir-boosted Prezista (darunavir)—in 23 people who’d never before taken ARVs and who had no HIV resistance to non-nucleoside reverse transcriptase inhibitors (NNRTIs).

Thomas Kakuda of Tibotec, the company that makes Intelence, presented Dr. Lalezari’s findings at the Glasgow conference. Kakuda reported that taking Intelence once-daily resulted in maximum drug levels in the blood that were 44 percent higher and minimum drug levels 25 percent lower than standard twice-daily dosing. He commented, however, that this should still be potent enough to suppress virus in people new to ARV therapy and who have no NNRTI-resistant virus.

Lalezari also found that the patients’ viral loads dropped by nearly 30 fold (1.5 logs) after 14 days of once-daily Intelence plus Truvada. Viral loads were down 100 fold (2 logs) after Prezista/Norvir was added. 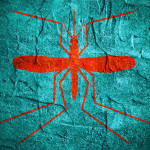 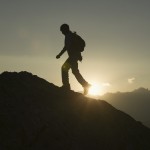