Thalidomide, a historically controversial drug, may hold potential for people living with HIV who experience immune reconstitution inflammatory syndrome (IRIS) and do not respond favorably and quickly to corticosteroids like prednisone, according to a small series of case reports published online ahead of print by the journal AIDS.

Thalidomide, banned globally after more than 10,000 children were born with deformities after being exposed to the drug in utero during the late 1950s and early 1960s, is now used—with strict controls to prevent birth defects—to treat multiple myeloma and leprosy. It has also been used to manage wasting syndrome and oral ulcers in people living with HIV.

A team of French researchers now report that the drug may hold promise for “paradoxical IRIS”—worsening of various AIDS-related infection symptoms after beginning antiretroviral (ARV) therapy. The researchers detail the experiences of three patients, two with recurrent symptoms of cryptococcal meningitis and one with tuberculosis-related kidney disease, after they started ARV treatment with very low CD4 cell counts and were otherwise responding well to treatment.

It wasn’t until 100 milligrams (mg) of thalidomide was started that they were able to successfully stop antibiotic and corticosteroid therapy for their symptoms.

"In our cases, clinical responses were rapid under thalidomide and cortisone therapy and were maintained after tapering of corticosteroids,” the authors note, “arguing for a direct and strong anti-inflammatory effect of thalidomide. The drug was also well tolerated at low doses, with only mild dizziness and constipation reported in two subjects.”

They conclude: “Thalidomide may be an interesting salvage treatment in patients with cortico-dependent or refractory IRIS, and should be further studied in clinical trials.” 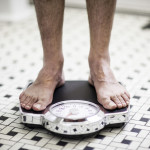