Women with chronic kidney disease (CKD) who start antiretroviral (ARV) therapy have a two-fold increased risk of mortality compared with HIV-positive women who don’t have CKD, according to a study published online July 6 in the Journal of Acquired Immune Deficiency Syndromes.

CKD is associated with an increased risk of premature death in the general population, often from cardiovascular disease. Contributing factors to CKD include hepatitis C infection, diabetes and high blood pressure. An older study in HIV-positive women found that those with CKD have a higher mortality risk, but the study did not explore whether ARV therapy might diminish that risk.

To explore the impact of ARVs on mortality, Michelle Estrella, MD, MHS, from Johns Hopkins School of Medicine in Baltimore and her colleagues analyzed data from the Women’s Interagency HIV Study (WIHS). Their analysis included 1,415 HIV-positive women, of whom 44 had CKD at the time they started ARV therapy. In general, women with CKD were likely to be older, have had lower pretreatment CD4s and to have diabetes and high blood pressure than women without CKD.

Estrella and her colleagues found that women with CKD overall were more than twice as likely to die prematurely after starting ARVs than women without CKD. When Estrella’s team factored in diabetes and hypertension, the risk diminished slightly, to just under two-fold. The authors found that reductions in the estimated glomerular filtration rate (eGFR)—a common test of kidney function—also predicted an increased mortality risk in women with CKD. After accounting for diabetes and hypertension, however, the increased risk was seen only in women with a previous AIDS diagnosis.

“Our study underscores the importance of early screening for kidney disease in HIV-infected women before [ARV therapy] initiation,” the authors conclude. 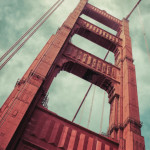