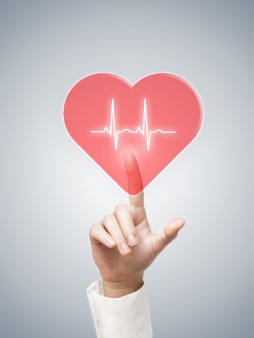 Even when the virus is well treated with antiretrovirals (ARVs), the risk of heart attack for people with HIV may be nearly double that of the general population.

This risk is likely driven at least in part by the chronic inflammation in the body that even well-treated HIV causes. Lifestyle factors such as smoking, which is troublingly common among people living with the virus, also likely play a role in their overall heart attack risk.

Researchers also recently found that a standard calculator for estimating the probability of a heart attack greatly underestimates the risk for those living with HIV.

They reached this conclusion by studying data on nearly 20,000 people in care for HIV in the years since 1995 and ultimately narrowed down the sample to 11,300 people about whom there were sufficient data.

The risk of these forms of heart disease in the overall study population was about 50 percent higher than predicted by a common algorithm used to predict such risk in the general population. The investigators came to this finding after factoring out age, sex, race, smoking, diabetes, cholesterol, blood pressure and the use of blood pressure medications.

The researchers believe that scientists should develop a new cardiovascular-disease-predicting calculator specifically for HIV-positive people.

In the meantime, “The first step to mitigating heart attack risk in people with HIV is to ensure that the virus is treated and under control,” advises Matthew Feinstein, MD, a cardiovascular disease fellow at Northwestern University Feinberg School of Medicine and the study’s lead author. “The next step is to work on optimizing risk factors for heart disease.” Most important, this includes eating a healthy diet and not smoking. He recommends the Mediterranean diet as well as the DASH (dietary approaches to stop hypertension) diet, which emphasizes low-sodium foods and foods rich in potassium, calcium and magnesium, which help lower blood pressure.