The Illinois Lottery has launched a lottery game where 100 percent of net proceeds are used for HIV/AIDS education, prevention and support for Illinoisans living with the virus, according to an Illinois Lottery statement. “Spread the Word” was launched in partnership with the state public health department and local AIDS advocates. The instant ticket costs $2 with a chance to win up to $20,000 cash. Previous versions of this game have raised more than $4 million in HIV funds since 2008. Officials expect to raise $1 million from the new game. 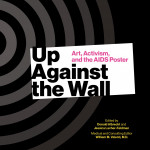