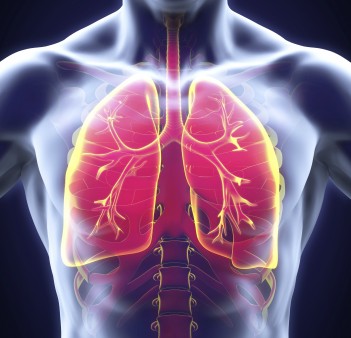 Much of the raised risk of lung cancer among the HIV population can be explained by individuals’ history with AIDS-related pneumonia. To parse these details, researchers compared lung cancer rates among participants in two large long-term studies of people living with HIV, one including 4,275 men and one including 2,550 women. Both studies had large HIV-negative comparison groups.

Forty-six HIV-positive and 14 HIV-negative participants developed lung cancer during the two studies. All were smokers.

HIV was linked to a 2.64-fold increased risk of lung cancer.After accounting for other risk factors, the researchers found that about two-thirds of this increased risk was explained by a previous diagnosis of AIDS-related pneumonia.

Among the HIV-positive smokers who developed lung cancer, having ever had a CD4 count below 200 was associated with a 2.55-fold greater risk of dying from lung cancer when compared with always maintaining CD4s at 200 or above.

Nancy A. Hessol, MSPH, a professor of clinical pharmacy and medicine at the University of California, San Francisco, and the study’s lead author, says, “The combined effect of both AIDS-related pneumonia and smoking adds more urgency to the need to quit and [not start again].”