Heather Hazzan, SELF (Model(s) used for illustrative purposes only)

A study found evidence that antiretroviral treatment does not necessarily restore T cells’ memories of vaccines and past infections.

Following up on research that suggested that HIV may reduce the immune system’s memory of past vaccines and infections, the authors of a new study found that antiretroviral (ARV) treatment might not restore such memory.

Publishing their findings in the Journal of Infectious Diseases, researchers studied 50 matched pairs of HIV-negative and HIV-positive women who had been vaccinated for smallpox as children. The scientists studied the responses of the women’s memory T cells to vaccinia, which is in the poxvirus family.

Vacinations prime memory T cells to respond to infections, even if those infections occur years down the line.

The study suggested that immune cells’ memory of the childhood smallpox vaccination was compromised.

The investigators theorized that this finding suggests that such immune system amnesia may drive the chronic inflammatory state—as well as the accelerated aging—seen in people with HIV.

If indeed HIV does potentially reduce or eliminate the effectiveness of past vaccines, even after individuals have started ARVs, this may raise the risk of common infections among people living with the virus. In particular, common childhood diseases such as measles, mumps, chickenpox and whooping cough may pose a risk.

The spread of antivaccination misinformation among parents in the United States regarding the MMR vaccine in particular has given rise to a recent resurgence of measles. However, the MMR vaccine, which protects against measles, mumps and rubella, is safe according to a massive amount of research and, moreover, has no association with autism risk.

“There is no doubt that ART [ARV treatment] provides significant, life-changing benefits for people with HIV by reconstituting their overall immune response,” Michael Augenbraun, MD, a professor of medicine at State University of New York Downstate Health Sciences University and Kings County Hospital Center, said in a press release.

“What our study suggests is that ART may not be completely effective in restoring the immune protection resulting from viral infections or childhood vaccines received prior to becoming HIV positive,” Augenbraun continued. “This makes these patients potentially susceptible not only to these serious diseases but also other chronic infections and to chronic inflammation that may diminish their overall health and shorten their life span.”

Nevertheless, the study appears to suggest yet another reason for people with HIV to get on ARV treatment as soon as possible after infection: Doing so may protect their immune system’s memory. 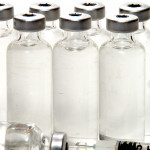 I was vaccinated against measles when I was a child. Do I need a booster now that measles is back?

Children Who Contracted HIV at Birth May Lack Measles Immunity