Abortion Pill for HIV Doesn’t Pan Out in Study

One of the most intriguing compounds to be studied as an antiretroviral (ARV) is mifepristone, a medication sold in the United States as Mifeprex (also known as RU-486) and used to chemically induce abortions in the early stages of pregnancy. While the scientific rationale behind using mifepristone as an HIV-fighting agent has piqued the interest of researchers for several years, the results of a clinical trial have been published online by the Journal of Acquired Immune Deficiency Syndromes, indicating that its therapeutic potential for this indication remains unclear.

One of HIV’s proteins, vpr, is used by the virus to incorporate its genetic material into the nucleus of certain immune system cells in the body. For this to happen, vpr must first bind with a cellular protein, called the glucocorticoid receptor II (GCRII). GCRII is normally activated by the hormone cortisol, which is produced by the adrenal glands situated immediately above the kidneys.

The U.S. Food and Drug Administration approved mifepristone because of its ability to block progesterone, a hormone that is required during early pregnancy to maintain development of the fetus. If progesterone production is blocked, the fetus will cease development and be expelled from the uterus. Therefore health care providers prescribe it to induce an abortion in women wishing to terminate their pregnancy, if taken within two months of conception.

While mifepristone was being developed for this purpose, researchers discovered that it also blocks GCRII. In turn, scientists conducting test tube and animal studies found that mifepristone inhibited the interaction between vpr and GCRII and was associated with ARV activity. A clinical trial involving HIV-positive people was then started in 2005, conducted by the federally funded AIDS Clinical Trials Group (ACTG).

Study A5200, conducted by Michael Para, MD, of Ohio State University and his ACTG colleagues, evaluated three different doses of mifepristone (75 mg, 150 mg and 22 5mg daily) or placebo taken for a total of 28 days. The patients enrolled were required to have CD4 counts above 350, viral loads above 2,000 and no other use of ARVs within 16 weeks before entering the trial.

Fifty-six HIV-positive people, including one female, were enrolled. A total of 45 patients were included in the analysis.

Preliminary results from the study were reported at the 46th Interscience Conference on Antimicrobial Agents and Chemotherapy (ICAAC) in September 2006.

After 28 days of treatment, cortisol levels in the bloodstream were increased in the mifepristone-treated patients. This was interpreted to mean that the drug does work against GCRII, as blocking the receptor would be expected to increase cortisol production. However, mifepristone did not affect the patients’ viral loads or CD4 counts. After 28 days of treatment, viral load did not significantly decrease, nor did CD4 cell counts significantly increase, compared with those who took placebo.

Despite the study’s discouraging results, the researchers remain optimistic. Based on the encouraging results seen in animal studies, compounded by the drug’s safety in the ACTG study, a study exploring higher doses of mifepristone in HIV-positive people is planned. 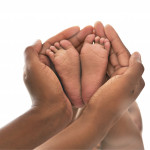