Rates of community-associated methicillin-resistant Staphylococcus aureus (CA-MRSA) infection—drug-resistant staph infection acquired outside the hospital setting—are significantly higher in the Chicago area among people with HIV than in people who are HIV negative, according to a study published in the April 1 issue of Clinical Infectious Diseases.

MRSA has been in the news quite a bit in recent years. Originally an infection transmitted solely in hospital settings, it is now prevalent in communities where there is a lot of person-to-person contact, such as in child daycare facilities and prisons and among athletes and men who have sex with men (MSM).

MRSA can have severe consequences. Because the bacteria is resistant to the recommended treatment for staph infections—methicillin-based drugs—it can be more difficult to treat. MRSA infections can be limited to mild skin infections, but they sometimes lead to severe tissue disease of the skin as well as pneumonia and sepsis. Some recent studies have indicated that people with HIV might be at higher risk than HIV-negative people, but most of these studies have been limited to a single clinic or hospital.

Kyle Popovich, MD, from Rush University Medical Center in Chicago, and his colleagues set out to determine the prevalence of CA-MRSA among people living with HIV throughout the Cook County region of Illinois, which encompasses Chicago. They first evaluated the medical records of HIV-positive individuals treated for CA-MRSA within the Cook County Health and Hospitals System (CCHHS) between 2000 and 2007. The researchers then used patients’ zip codes to compare the results with CA-MRSA cases among HIV-negative people in the same geographic areas.

Over time, the prevalence of CA-MRSA increased significantly among all populations in Cook County. While high rates of CA-MRSA were recorded in 10 percent of the 187 county zip codes from 2000 and 2003, the prevalence was high in 21 percent of the analyzed zip codes from 2004 to 2007. Moreover, new cases of CA-MRSA-related soft-tissue infections in people with HIV increased by more than four times from 2000 to 2003 compared with 2004 to 20007.

Rates of new CA-MRSA were six times higher among people living with HIV compared with HIV-negative people between 2004 and 2007. Fortunately, the severity of the CA-MRSA cases was no different between HIV-positive and HIV-negative study participants.

The two most significant predictors of acquiring CA-MRSA in this study included residing in a high-risk zip code—including zip codes where there is a high prevalence of former prison inmates—and living in alternative housing, such as a substance abuse treatment facility or subsidized housing.

The authors conclude that the HIV and MRSA epidemics intersect strongly in the Chicago area and call on experts to devise appropriate prevention activities to address these overlapping epidemics. 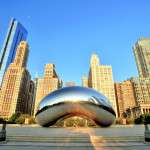 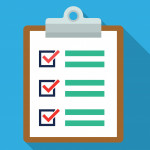 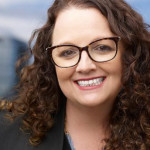