Some people with CD4 counts under 200 can safely stop taking preventive treatment (prophylaxis) for Pnuemocystis jiroveci pneumonia (PCP), provided that their HIV levels are well controlled by antiretroviral (ARV) medication. These data were published in the September 1 issue of the journal Clinical Infectious Diseases.

Before the introduction of widespread combination ARV therapy, PCP was one of the most frequent AIDS-defining opportunistic infections and a leading cause of death in people with HIV. The disease primarily struck people with CD4 counts below 200. The overall incidence of PCP has plummeted in the last decade, but it remains a serious concern for people who are diagnosed with HIV late in the course of their disease.

There is effective prophylactic mediation for PCP. It is typically recommended for anyone with a CD4 count under 200, usually with an oral drug called Bactrim (trimethoprim-sulfamethoxazole, TMP-SMX). For people who start ARVs when CD4 cell counts are low, PCP prophylaxis is recommended until their CD4 counts improve and remain above 200 for at least three months. Experts recommend that people on ARVs resume PCP prophylaxis again if CD4 counts fall below 200.

More recent studies suggest, however, that at least some people with CD4 counts under 200 might be able to forgo PCP prophylaxis treatment, particularly if their virus is well controlled by HIV drugs. To test this theory, researchers from the Opportunistic Infections Project Team of the Collaboration of Observational HIV Epidemiological Research in Europe (COHERE) study examined the medical records of more than 20,000 people with HIV being cared for in several European countries. People were included in the analysis if they started HIV treatment on or after January 1, 1998, and if their records documented PCP prophylaxis start and stop dates.

The COHERE team conducted two analyses. The first included 23,412 people and focused on the overall risk factors and incidence of PCP. A second analysis was limited to 4,903 people who stopped prophylaxis after starting ARVs.

In the second analysis—among the group of roughly 5,000—there were 24 diagnoses of PCP after people stopped taking prophylaxis. The majority of these cases occurred in people with a current CD4 count of 100 or less. In people with between 101 and 200 CD4s, who had well controlled HIV, there was no difference in PCP incidence between those on prophylaxis and those not taking prophylaxis.

“This finding confirms earlier studies showing that a reduction in viral load during [ARV therapy] is independent of CD4 cell count as a predictor of opportunistic infection,” the authors stated.

While PCP prophylaxis benefited people who had 100 or fewer CD4s, it did not appear to offer any additional benefit to people with higher CD4s, provided that their HIV was well controlled. Because of this finding the authors conclude, “Our data suggest that discontinuation of primary PCP prophylaxis may be safe in patients who are receiving [ARVs] and have virologically suppressed infection and a CD4 count of 101 to 200 cells.”

The Centers for Disease Control and Prevention (CDC) and the HIV Medicines Association of the Infectious Diseases Society of America recommend that people on ARV therapy should wait until their CD4s go up to 200 or more for at least three months before discontinuing PCP prophylaxis. This new study does not change these guidelines. Should future studies confirm these results, however, it is possible that guidelines might change at a future date. 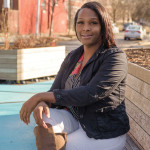 Only 1 in 5 Primary Care Docs Routinely Screen for HIV

The Case of the Baby &#8216;Functionally Cured’ of HIV: A Detective Story