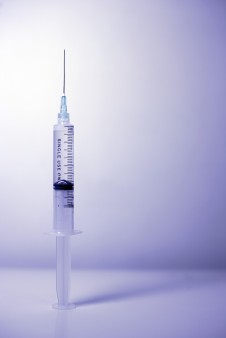 PRO 140, an experimental monoclonal antibody from Progenics Pharmaceuticals, was able to suppress HIV for more than two weeks after a single injection, according to a study published April 8 in The Journal of Infectious Diseases.

PRO 140 is a monoclonal antibody. Monoclonal antibodies are artificially created antibodies that can attach to viruses, bacteria or even human cells. Pro 140 attaches to a CD4 cell receptor called CCR5, which HIV uses to enter and infect CD4 cells.

To determine the antiviral activity of PRO 140, Jeffrey Jacobson, MD, from Drexel University College of Medicine in Philadelphia and his colleagues compared a placebo with three dosing schemes of PRO 140 in 44 HIV-positive people.

Preliminary data from this study were first reported at the 16th Conference on Retroviruses and Opportunistic Infections, held in Montreal in February 2009.

As is done before starting all CCR5 antagonist drugs, such as ViiV Healthcare’s Sezlentry (maraviroc), people in the study had their virus tested to ensure that it used the CCR5 coreceptor rather than the CXCR4 coreceptor—against which CCR5 drugs do not work.

PRO 140 had strong antiretroviral activity, which grew in magnitude as the dose of PRO 140 increased. The 324 mg weekly and the 324 mg biweekly doses resulted in a 1.65 and 1.37 log drop in virus respectively. In those two dosing groups, virus levels continued to fall for about one week following the last dose. Moreover, people’s virus in those two groups didn’t return to pre-treatment levels for at least 28 days after the last dose.

The drug was generally well tolerated, with no serious side effects. Five people reported a side effect that researchers determined to be drug-related, the most common being diarrhea, headache and swollen lymph nodes.

“In summary, the current study establishes proof of concept for subcutaneous infusion of a therapeutic monoclonal antibody for the treatment of HIV-1 infection,” the authors concluded. “Subcutaneous PRO 140 offers the potential for significant suppression of HIV-1 replication and infrequent patient self-administration.”