Most protease inhibitor (PI)-based HIV combos are boosted with the PI Norvir (ritonavir). Norvir slows the breakdown of other PIs, keeping them around longer to do their work. But it can also raise some blood-fat levels and produce gastric distress. Two developments may offer future options:

New Booster:
Gilead Sciences is testing a new compound that could replace Norvir if it makes it beyond early trials.New Norvir: Abbott Pharmaceuticals, maker of Norvir, is producing a reformulated tablet version of the PI, currently available only as a gel cap. The tablet won’t need refrigeration and may be easier on the stomach—and could appear next year. In 2005, a tablet form of Kaletra (lopinavir boosted by ritonavir) replaced the old version.

Editor’s Note: An error in the previous version of this story has been corrected. 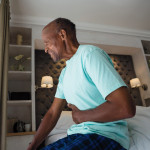