The pooled results of two clinical trials suggest that a skin patch with the chili pepper–derived chemical capsaicin could relieve HIV-related neuropathy pain by about 30 percent. These trial results, presented at the annual meeting of the American Academy of Pain Medicine (AAPM), were reported by the website Medpage Today.

Chili peppers and mustards have been used for centuries in topical balms to treat chronic pain. Only during the past few decades, however, have scientists figured out how capsaicin—the chemical that gives chilies their pungency—works as an analgesic: It depletes a neurochemical called substance P responsible for transmitting pain.

NeurogesX, based in San Mateo, California, has spent several years testing capsaicin in skin patches to treat a variety of chronic pain conditions. The company now has a skin patch made up of a gel containing 8 percent capsaicin, called Qutenza, which is approved by the U.S. Food and Drug Administration (FDA) to treat pain from shingles and from diabetic neuropathy. Qutenza is applied for one hour in a single application, and the pain-relief lasts for about three months.

NeurogesX has also conducted trials of Qutenza to treat HIV-related distal sensory polyneuropathy (neuropathy), a condition marked by nerve damage, which can cause pain, tingling and numbness in the extremities and sometimes lead to permanent disability.

Brown, who presented the results of the two trials at the AAPM conference, also noted: “The only substances that have shown any impact on the pain appear to be the [Qutenza] patch, smoked cannabis and recombinant human nerve growth factor, but none of these treatments has yet been approved by the FDA for that use.”

Two clinical trials of Qutenza for HIV-related neuropathy conducted before 2008 had mixed results, with one showing improvements in neuropathy pain and another finding that Qutenza wasn’t significantly better than a gel patch containing a miniscule amount of capsaicin. A 2009 article in Wired magazine detailed how the placebo effect—whereby patients’ symptoms can significantly improve just by thinking they are getting a real medicine, even if they receive only a sugar pill—is particularly strong in trials of pain medication. This means that a medicine often has to be quite potent to show a statistical difference.

What’s more, when Brown’s team looked at those who received a higher degree of pain relief—a 30 percent or more reduction in pain scores—36 percent of those on Qutenza saw this higher level of relief compared with 22 percent on the active control.

The three-month improvement in neuropathy pain doesn’t come without side effects, however. David Walk, MD, of the University of Minnesota in Minneapolis, who has used Qutenza for non-HIV pain care, told Medpage Today, “This treatment can be painful. Even with the lidocaine that is delivered before the patch is applied, patients report some pain associated with the patch for as long as a week afterward, so we usually send them home with analgesia to cover that period.”

NeurogesX reports on its web site that it is still working to seek FDA approval for Qutenza for HIV-related neuropathy. 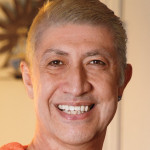 A Spinal Remedy for HIV-Related Neuropathy?

Qutenza Still a Prescription for Pain