Let’s Get Ready to Rally!

Your willingness to speak up or take action as an advocate could vastly influence your life—and those of millions of people with HIV fighting for their lives. You can command the microphone at one of the national AIDS town hall meetings, lobby your regional lawmakers, get yourself on a local news show or share your comments on the POZ.com Advocacy hub (poz.com/advocacy). Whatever your choice of action, know that you personally can make a big difference. Want proof? Meet four incredibly inspirational people living with HIV who single-handedly make the establishment sit up and take notice about issues critical to our survival.

Michael Emanuel Rajner
Michael Emanuel Rajner, the legislative director of the Florida Gay, Lesbian, Bisexual and Transgender Democratic Caucus, frequently calls us and says things like, “Hey, I’m on Mike Gravel’s presidential campaign bus right now. Do you want me to interview him and press him on where he stands on AIDS?” or “Obama’s staffers are pissed at me because I got on the local news and criticized him for not stopping by the United States Conference on AIDS while he was campaigning in nearby Miami.” When he IMs our editor-in-chief late at night on Facebook, Rajner types messages such as, “Living the struggle with AIDS has taught me not to hold my tongue as it could end the suffering and oppression of others who can’t find their voice” and “I’m tired of hearing speeches resulting in no action.” Rajner has a knack for getting in the middle of the action, whether he’s invited—or not. Often, his persistence leads to prominent people (such as Congresswoman Kathy Castor, D–Tampa) inviting him to lunch to hear him out. Which is, after all, one of our most basic goals.

Rajner is smart, funny and dashing, with a mischievous smile and a heart of gold. Openly gay and HIV positive, Rajner hides little from the world as he makes a case for better access to care and fair and nondiscriminatory treatment for all people. His agenda includes doing away with the doughnut hole in Medicaid Part D and beefing up funding for the Ryan White CARE Act. He works and travels across the nation, usually on his own dime—which is often not plentiful because of the fact that he’s on disability. The only thing that stops him from showing up and speaking his piece is having to sometimes pinch pennies in order to balance paying for his own health care and advocating for those who need it. A pillar of the Florida advocacy committee, Rajner is living proof that you can’t keep a good man down. 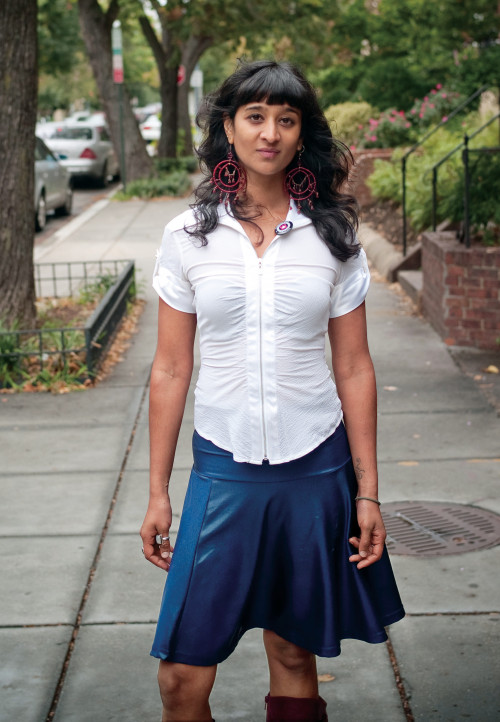 Naina Khanna
In 2006, at a 25-year HIV commemoration event in San Francisco, Naina Khanna, the advocate, was born. At the event’s close, people living with HIV were asked to come on stage. It was an inspirational and beautiful gesture, but something was missing—women and diversity. So Khanna stood up and took her place among the men to show the media and others present that this disease affects a diverse group of people—and could happen to anyone. It marked the first time she publicly disclosed her status.

Today, Khanna, 32, is the director of policy and community organizing at Women Organized to Respond to Life-threatening Disease (WORLD). She is also the coordinator for the U.S. Positive Women’s Network.

What HIV-related goals would she most like to see accomplished? For starters, the White House could take a leadership role in addressing HIV and stigma. She explains: “I would really love to see the president make a public statement and do some kind of action to show that he’s not afraid of people living with HIV and no one else needs to be either.”

Khanna offers this advice to future HIV-positive advocates: Find support and mentorship. Be clear about your boundaries, including what you are and are not willing to publicly disclose. Understand how you are affected by HIV. And know how to use your experience to change the overall system. Finally, it’s important and critical to share your knowledge and access. As Khanna points out: There’s no movement without the next leader and the next generation. 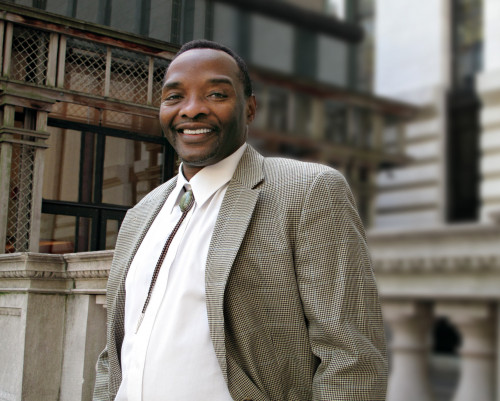 Oliver Martin
Oliver W. Martin III was the CEO of Conscious Contact of New York (an intergenerational HIV/AIDS advocacy group) when he got tested for HIV and found out he was positive. He was the type of person who was able to get informed about the virus and treatment. But he realized that others weren’t so fortunate, so he became a stronger advocate for them, eventually serving on the board of directors of the AIDS Service Center of New York City.

Martin’s work caught the attention of his pastor, the Reverend Doctor James Forbes Jr., at the Riverside Church in New York City, who asked Martin to assist in the church’s ministry to those living with and affected by the virus. Advocacy within the church was a good fit. Today, Martin is also president of the board of directors for the United Church of Christ HIV/AIDS ministry. And they’re making progress: The United Church of Christ HIV/AIDS National Network recently passed a churchwide resolution titled Calling for Comprehensive HIV Prevention in Church and Community.

But there’s still more work to be done. Martin says we need to reach out to young men in communities of color. And he urges us not to forget the sick and shut-in living with HIV/AIDS: “I would like to bring them back into the conversation,” he says, “because not everyone [with HIV/AIDS] is doing as well as some of us.”

For advocates to create change, Martin says, people with HIV/AIDS must be included in the decision-making process of policies that affect their lives. “The [Obama] Administration’s willingness to have more in-depth conversations about HIV/AIDS happening in the United States gives us greater opportunity to involve them in the issues that we are facing,” Martin says, referencing the nationwide HIV/AIDS town hall meetings.

His message to future HIV-positive advocates? “If you live on planet Earth, you are a person living with HIV/AIDS. And it’s important to understand that dynamic. We are all affected. To whom much is given, all is required.” 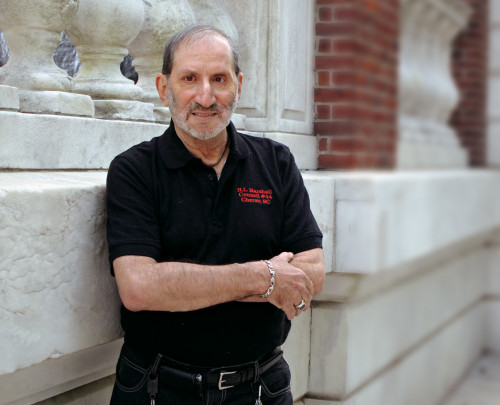 Myron Gold
A 40-year veteran of the fashion industry, Myron Gold can hardly recall a time when he wasn’t rattling cages on behalf of those who needed to be heard. Entrenched in the civil rights movements of the 1950s and 1960s, Gold was drawn to HIV advocacy long before he was diagnosed with AIDS in 1993—he witnessed many of his friends suffer and die from AIDS-related complications in the mid-1980s.

“There was no question at all that I would be involved in HIV as an advocate,” Gold, a New Yorker, tells POZ. “That’s my lifestyle—helping people.”

Today, at age 69, Gold shows no signs of slowing down. He is the vice chair of the New York Association on HIV Over Fifty Inc., the vice chair on the board of directors of the Conscious Contact of New York, and a cochair of the consumer committee of the Manhattan HIV Care Network. If that isn’t enough, the fiery senior is also a chair on the community board of Village Care of New York, an organization that provides support for seniors, people living with HIV/AIDS and people in need of medical and rehabilitation services. And he leads an occasional team for AIDS Walk New York on his scooter.

“I’m not advocating just for gay men, white men, black men, women or Latinos,” he says of his mission. “My advocacy is for the human spirit—anyone who is affected by or infected with this illness.”

His message for would-be HIV-positive advocates? “It’s important for people living with HIV to be at the table, to come to the plate and play a part in the policy decisions that affect our lives. We should have a say in what services we need, where we need to go, what we need to do, everything. We need more voices out there.”

No doubt, his will remain one of the loudest.