Four HIV-negative individuals taking the psoriasis medication Raptiva (efalizumab) have come down with a rare and deadly brain infection called progressive multifocal leukoencephalopathy (PML), and three have died, according to a warning by the U.S. Food and Drug Administration (FDA). Although the warning is not HIV specific and should be considered by all current and potential users of Raptiva, it underscores a serious side effect of the drug’s suppression of the immune system that may be a serious issue for people with HIV.

PML is a brain infection that frequently leads to an irreversible decline in brain function and eventually death. Though rare, it is more common in people with severely compromised immune systems, such as people with HIV and those on treatments that suppress the immune system. Psoriasis, an autoimmune disorder, is sometimes treated with medications that quell damage caused by a hyperactive immune system.

The FDA states that it will take appropriate steps to ensure that the risks of Raptiva do not outweigh the benefits; patients are informed of the risks, signs and symptoms of PML; and that health care providers carefully monitor people for PML symptoms. According to the FDA-required package insert for Raptiva, the drug should not be used by people with immune system problems.

Anyone using Raptiva, the FDA warns, should discuss this alert with his or her health care provider. 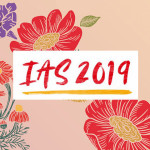