HIV’s Outer Shell Found to Be Vital to Infection Process

Until now, researchers believed that the replication capsid’s main function was to hold viral genetic material.

Technological advances have permitted researchers to view HIV’s infection and replication processes in a test tube with such precision that they have gained new insights into the fundamental role the so-called capsid plays in the virus’s invasion and hijacking of immune cells.

This feat was made possible by advances in cryo-electron microscopy and molecular modeling. Researchers, who published their findings in the journal Science, were able to witness HIV, which is 130 nanometers thick, or about 60 times smaller than a red blood cell, with such refined detail that they could see each of the 240 protein “tiles” that make up its capsid, or outer shell.

The shell is shaped like a rounded ice cream cone.

The investigators observed the virus as it copied its genome and then inserted it into target DNA—a recapitulation of steps that HIV typically takes within a cell, but in this case it occurred inside a test tube.

“This is teaching us how HIV infects,” the study’s co–senior author, Wesley I. Sundquist, PhD, a distinguished professor of biochemistry at University of Utah Health, said in a press release. “We are learning new things about one of the most significant pathogens that humans have ever encountered, and that is important.”

The investigators found that using genetic and biochemical methods to destabilize the capsid hobbled HIV’s ability to replicate.

Additionally, they found that the capsid remained largely intact throughout the normal replication process, which is known as reverse transcription.

These findings may explain why Gilead Sciences’ experimental capsid inhibitor, GS-6207, which has shown promise in early-stage research, has demonstrated such potency against HIV. Researchers have speculated that the drug might require dosing only every six months.

The insights gained from the new research could help in the design of future antiretroviral agents. 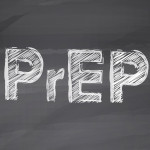