Switching from Kaletra (lopinavir/ritonavir) to Norvir (ritonavir)-boosted Reyataz (atazanavir) significantly improves glucose metabolism and lipids and decreases abdominal fat, according to the results of a clinical trial published online ahead of print by the journal AIDS. Though the study was small and lacked the power to draw firm conclusions, the authors point out that Reyataz boosted with low-dose Norvir—a drug strongly associated with a variety of metabolic side effects—may be a safe bet for HIV-positive patients with glucose problems, elevated lipids and lipodystrophy.

For glucose (sugar) to work effectively in the body, it must first be taken up by cells, a process that relies heavily on the GLUT 4 transporter protein. Test tube studies have found that lopinavir and ritonavir can inhibit GLUT 4—thereby blocking the transport of glucose into cells. These two HIV medications have also been shown to impair the function of adipocytes (fat cells) in the body, which may contribute to the elevated cholesterol and triglyceride levels and fat-related body shape changes seen in people with HIV using treatment regimes that include a protease inhibitor (PI).

Atazanavir has not been shown to inhibit GLUT 4 or negatively affect adipocytes. While this has made Reyataz a very popular PI option, especially for those with a history of glucose- and/or sugar-related problems while on other PIs, it is often prescribed with low-dose Norvir to improve its effectiveness. Thus, there have been lingering concerns that switching from a Kaletra-inclusive regimen to Norvir-boosted Reyataz will negate any potential benefits.

Not so, according to a 15-patient study conducted by Takara Stanley, MD, of Massachusetts General Hospital and her colleagues. The men and women enrolled were all on a regimen containing Kaletra and had increased insulin levels—a marker of impaired glucose metabolism—and elevated lipids. They were either continued on their Kaletra-based regimen or switched to once-daily Reyataz (300 mg) plus Norvir (100 mg).

After six months, the uptake of glucose by one of the thigh muscles—measured using positron emission tomography (PET) scans—increased significantly only in the Norvir/Reyataz group, a sign of improved glucose metabolism. What’s more, dual X-ray absorptiometry (DEXA) scans found significant decreases in visceral adipose tissue (VAT)—fat deep within the belly—among those who switched compared with those who remained on Kaletra. Stanley’s group also found significant decreases in glucose, triglycerides (a 180 mg/dL drop) and total cholesterol (a 20 mg/dL improvement) among Kaletra switchers, despite the use of low-dose Norvir when combined with Reyataz.

Stanley and her fellow authors caution that their “study has a number of limitations”—the size was small, they say, because the study procedures were complex—and, as a result, was not strong enough to detect changes in specific parameters. However, given the evidence of various benefits observed in the patients switching from Kaletra to Norvir-boosted Reyataz, the researchers strongly suggest that additional studies be conducted to explore these findings further. 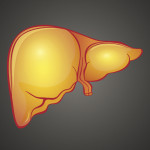