Antiretroviral (ARV) drug regimens containing Norvir (ritonavir)–boosted Reyataz (atazanavir) appear to work just as well for women, compared with men, in the “real world,” according to an analysis of three databases reported Monday, July 18, at the 6th IAS Conference on HIV Pathogenesis, Treatment and Prevention in Rome.

According to the report by María Jesús Jiménez-Expósito, MD, of Bristol-Myers Squibb and her colleagues, the evaluation of nearly 1,300 treatment-experienced women and men didn’t find any significant differences in rates of virologic failure while using Norvir-boosted Reyataz-based regimens during an average three-year follow-up period. The researchers did note that treatment discontinuation rates were higher among women, but not for efficacy reasons.

Despite the facts that nearly 16 million women are living with HIV worldwide and the disease has become the leading cause of death among women of reproductive age globally, data on the efficacy and safety of ARV therapy in women remain limited. The primary reason for this is that women have historically been under-represented in clinical trials.

To shed some light on the efficacy and safety of a popular protease inhibitor-based option, particularly in industrialized nations, Jiménez-Expósito’s group reviewed data from three European databases: DatAids in France, KompNet in Germany and InfCare in Sweden. The analysis included 336 HIV treatment-experienced women and 958 treatment-experienced men who began a Norvir-boosted Reyataz regimen between October 2004 and March 2007. The women were an average of four years younger—40 versus 44, a statistically significant difference—but had been on antiretroviral therapy for the same length of time as the men in the evaluation: about five years.

The results revealed no gender-based differences regarding the amount of time before reaching virologic failure, defined as two consecutive viral loads above 50 copies or one viral load above 50 copies followed by discontinuation. After three years of follow-up, durable efficacy was confirmed in 59 percent of the women and 63 percent of the men. This difference was not statistically significant, meaning that it was small enough to have occurred by chance.

Women were more likely to discontinue treatment in the study, a finding that mirrors those of other studies. Whereas 40 percent of the men stopped their Norvir-boosted Reyataz at some point during the follow-up period, 52 percent of the women discontinued treatment. Some moderate differences in the reasons for treatment discontinuation were reported, including adverse events (14 versus 10 percent), as well as pregnancy. Virologic failure, however, was no more likely to contribute to treatment discontinuation among the women compared with the men.

Norvir-boosted Reyataz, the researchers noted, “is an effective and well tolerated therapeutic option for treatment-experienced female and male patients with HIV infection.” This regimen, they add, “demonstrated durable virologic suppression irrespective of gender [and] resulted in a low rate of discontinuation over five years, although as previously reported, differences in gender were observed.” 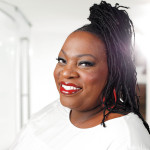 My Black Is Beautiful, Living Free of Stigma and Shame