Rates of Drug-Resistant Staph Increasing in People With HIV

New cases of skin infections caused by drug-resistant staph have become more common in recent years in some people living with HIV, according to a study published in the November issue of HIV Medicine.

Drug-resistant staph—known as methicillin-resistant Staphylococcus aureus, or MRSA—that is acquired outside a hospital setting has become a growing concern for the general public in the United States in recent years. To determine the impact on HIV-positive patients, Matthew Burkey, MD, from the Johns Hopkins University School of Medicine in Baltimore, and his colleagues examined the medical records of patients being seen at the Johns Hopkins out-patient HIV clinic between January 2000 and December 2004.

Out of 4,607 patients, 216 episodes of staph infection were identified. Of these, 94 cases were MRSA infections. During the four-year period, the incidence of new cases of MRSA more than doubled. Upon further analysis, Dr. Burkey’s team determined that people with end-stage renal disease, CD4 counts below 200 and a history of injection drug use were the most likely to become infected with MRSA. 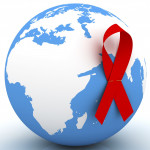