Click to watch a trailer for “Howard” Courtesy of Disney

Even if the name Howard Ashman doesn’t ring a bell, you certainly know his songs. An Academy Award–winning lyricist, Ashman wrote beloved tunes for the modern Disney classics The Little Mermaid, Beauty and the Beast and Aladdin as well as the quirky musical-turned-movie Little Shop of Horrors. What’s more, he accomplished all this before dying of AIDS-related illness at age 40 in 1991.

His untold life story is getting the spotlight it deserves in the documentary Howard, now streaming on Disney+ (you can watch a trailer for the film at the top of this article). 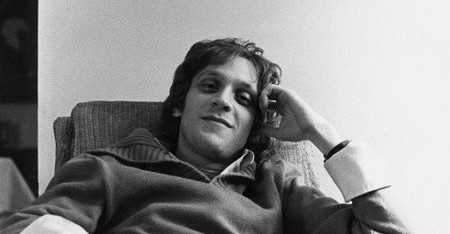 Directed by Don Hahn, who himself has several Oscars for producing and working on numerous Disney hits, including Beauty and the Beast, the documentary offers a fascinating and rare behind-the-scenes look at these animated musical movies and the geniuses who created them.

Howard features lots of never-before-seen footage and interviews, not just of Ashman’s work at Disney but also of his time in New York City in the 1970s and ’80s, where he created off-off-Broadway musicals and helped run the Workshop of the Players Theatre. That’s where he teamed up with composer Alan Menken, with whom he collaborated on the Disney hits. 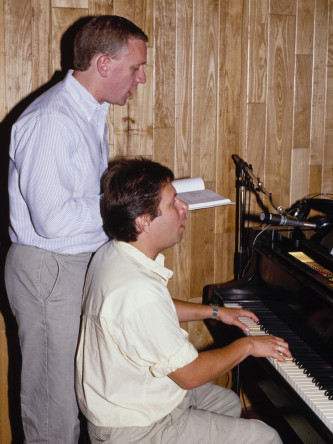 But Howard offers much more than Disney and musical theater history. It frames Ashman’s life and work in the context of the AIDS epidemic. (HIV first appeared in the early 1980s, and effective treatment wasn’t available until 1996.) This was also a time of intense homophobia. Despite this, Ashman was openly gay and involved in a long-term relationship with Bill Lauch, who appears in the documentary.

Ashman died in 1991, the year Beauty and the Beast was released, which means that, although Ashman lived to see The Little Mermaid become a hit, he missed seeing the world embrace Beauty and the other film he worked on before dying, Aladdin. In 1992, Ashman and Menken won the Oscar for Original Song for the film’s title track. Menken was present to accept the award, while Lauch accepted on Ashman’s behalf (you can watch the groundbreaking speeches in the Academy’s YouTube video above). According to Howard, it was the first Academy Award given to someone lost to AIDS. 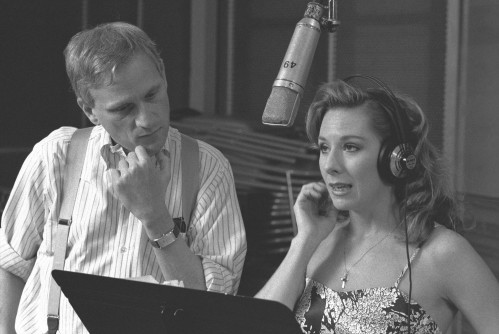 Howard Ashman with Paige O’Hara, the voice of Belle in “Beauty and the Beast”Courtesy of Disney+

As Howard mentions, it’s debatable whether Ashman’s HIV status filtered into his lyrics. For example, lyrics to “The Mob Song” from Beauty—in which an angry throng of town folk decide to “kill the beast” because they view him as a threat—are easily interpreted as metaphors for the fear of AIDS. Then again, that song could apply to many other situations as well, rendering Ashman’s lyrics universal and less political. 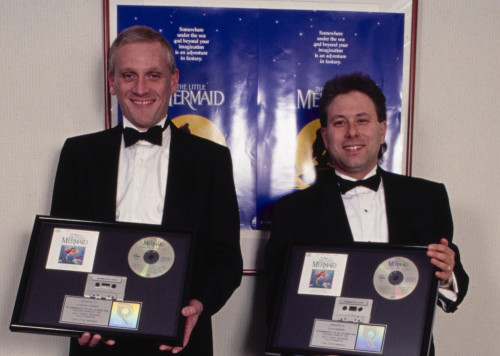 Menken addressed this subject in a Huffington Post interview in which he talks about working with Ashman and losing him to AIDS. “Howard never, ever, ever would have wanted to create an overt message in the storytelling commenting on something else. That’s just not the way Howard did it,” Menken said. “However, as we all know, there are analogs throughout every story to things that are real. How much of that came through subconsciously is, I guess, apparent to us who watch it now. I think the passion with which Howard wrote this could have been affected by that. But if you go back to Little Shop of Horrors, Howard was not sick when we wrote that, and yet it was about a plant that thrives on the blood of humans. You go back and think, ‘Oh my God, it’s a metaphor.’ But the fact is, it was just a story we were telling. Those parallels exist, whether we are conscious of them or not.” 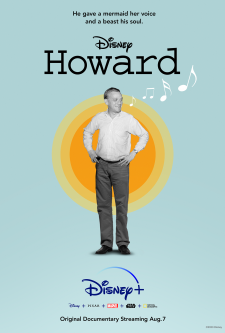 The poster for “Howard”Courtesy of Disney+