Chronic Stress and Non-AIDS Diseases—Is There a Link?

Chronic stress may increase the risk of non-AIDS, age-related health problems in people living with HIV, according to a team of Spanish researchers presenting intriguing new data at the Fifth International AIDS Society (IAS) Conference on HIV Pathogenesis, Treatment and Prevention on Tuesday, July 21, in Cape Town.

Higher-than-normal levels of these cytokines have been documented in people living with HIV, as have high rates of early onset age-related diseases. While most research conducted to date has focused on the potential roles of HIV and antiretroviral (ARV) therapy on these abnormalities, another known risk factor may be involved: chronic psychological stress.

Stress has been linked to increased IL-6 and TNFa in studies involving HIV-negative individuals. In turn, Carmina Fumaz, MA, of the Germans Trias i Pujol Hospital in Barcelona and her colleagues hypothesized that stressed-out HIV-positive people may also be more likely to have elevated levels of inflammatory cytokines and, therefore, a greater risk of age-related manifestations.

To explore this possibility, Fumaz’s group evaluated 21 HIV-positive individuals with undetectable viral loads for at least 12 months while on antiretroviral therapy, all with CD4 counts that never fell below 200 cells. Blood levels of IL-6 and TNFa were measured, as were each individual’s stress level, using the standardized Perceived Stress Scale (PSS).

Study volunteers averaged 40 years of age. Eighty-one percent were men, and the average CD4 count upon entering the study was 564 cells.

Patients with stress had significantly higher average levels of IL-6 (13 picograms/milliliter) and TNFa (5.1 pg/mL) when compared with subjects without chronic stress (IL-6: 1.1 pg/mL; TNFa: 2.4 pg/mL). These differences between the two groups were statistically significant, meaning they were too great to have occurred by chance.

Among the individuals with chronic stress, Fumaz’s group pointed out, IL-6 levels averaged more than six times the level of 2.5pg/mL, a well-defined cutoff associated with accelerated decline of physical function.

“The impact of chronic stress on the premature appearance of aging-related pathologies through immune dysregulation merits further research,” the authors concluded in their published abstract. 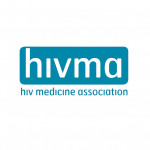