The Fair Pricing Coalition and other activists are taking Gilead Sciences to task for what they say is an exorbitant per-patient annual wholesale acquisition cost (WAC) for Striblid (elvitegravir plus cobicistat, tenofovir and emtrictabine), the fixed-dose combination tablet formerly known as the ’Quad’ approved by the U.S. Food and Drug Administration on Monday, August 27.

In a news announcement released Tuesday, August 28, the coalition of activists who work on HIV and viral hepatitis drug pricing issues “strongly protests” the $28,500 WAC announced by Gilead. And in the hours following the drug’s approval, Simon Collins of the U.K.-based HIV i-base penned an article indicating that "the expected welcome for an important new option for treatment has been firmly squashed by the indication that Gilead plan to market [Stribild] at a price that will exclude access for most HIV-positive patients in Europe."

“This is a long-anticipated addition to the options available to people living with HIV/AIDS and their healthcare providers”, echoed Lynda Dee, a Fair Pricing Coalition spokesperson. “However, in pricing the new drug more than 35 percent above the $21,000 per-year WAC price of its own best-selling single-tablet regimen, Atripla [efavirenz plus tenofovir and emtricitabine], Gilead has created an environment of restricted access and financial hardship for patients impacted by current dire economic conditions and U.S. healthcare costs and whose very lives depend on access to more convenient treatments.”

The Fair Pricing Coalition believes Gilead is pricing cobicistat, its own booster component of Stribild, comparably with Abbott Laboratories’ Norvir [ritonavir], “which includes Abbott’s unconscionable 400 percent price increase” while its closest competitor Merck & Co.’s integrase inhibitor Isentress (raltegravir), plus Truvada (tenofovir plus emtricitabine), needs no booster and has an annual WAC of $26,200.

"The strategic decision to price [Stribild] beyond the reach of most people threatens to undermine Gilead’s reputation with doctors, researchers, patients and ultimately shareholders," Collins wrote. "The easiest way to recoup investment costs for development of a new drug is to price it at a level where it will be widely used. The underlying greed from the current proposed price will make it impossible for activists to argue for patient choice when scarce funding is merely being diverted to pharmaceutical profits. Ultimately, from 27 August onwards, most people in Europe are likely to continue on existing treatments only, and new approvals will become only aspirational care, lanquishing underutilized until their patent expires, just after the announcement of a cure."

“Gilead asked for community input in setting the price of its new product, and invited the Fair Pricing Coaltion to the negotiating table in June for discussions,” said Dee.  “We thought we had reached a reasonable understanding with Gilead, but evidently the company is more interested in filling its coffers than in reasonable and fair pricing.  I’m shocked at the price they have set, and would call this a betrayal of the spirit of our negotiations.“ 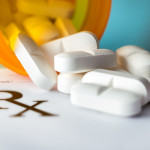