People with HIV who receive health care covered by the Ryan White CARE Act­ who then switch to Medicaid or private insurance maintained comparable rates of viral suppression in a recent study, Healio reports.

The federal Ryan White CARE Act is considered a payer of last resort, meaning that if people with HIV have alternate sources of health care coverage, those entities must be prioritized to pay for medical costs over Ryan White. The advent of the Affordable Care Act (Obamacare) has meant that since 2014 many uninsured people with HIV have obtained health care coverage through private health plans or expanded state Medicaid programs.

Publishing their findings in Clinical Infectious Diseases, researchers analyzed data on 1,942 uninsured people in the HIV Research Network cohort who received Ryan White–backed medical care for the virus at the outset of the 2012 to 2015 study period. The study excluded anyone who had ever received Medicare coverage.

In 2015, 73.7 percent of the cohort remained uninsured and supported by Ryan White funding, while 18.6 percent obtained Medicaid coverage and 7.6 percent became privately insured. There was no statistically significant difference between the proportion of those who had a fully suppressed virus among those who switched to Medicaid or private insurance compared with those who kept receiving Ryan White–supported medical care.

The researchers characterized their findings as “exploratory.” They noted that two previous studies conducted in states that did not expand their Medicaid programs under the Affordable Care Act found that enrolling in a private health plan for which Ryan White supported the premium payments was associated with improved viral suppression compared with remaining uninsured and receiving Ryan White­–backed medical care. 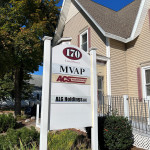