Kanawha County leaders want to get ahead of a potential HIV cluster and avoid a repeat of nearby Cabell County.

HIV rates have remained steady in West Virginia’s Kanawha County, so why did health officials there form an HIV Task Force this week? As the Charleston Gazette-Mail reports, they want to be prepared for a potential problem.

That potential seems high, considering that HIV transmissions there are increasingly related to injection drug use and that nearby Cabell County is experiencing an HIV cluster. (As of September 24, the number of cases in Cabell had risen to 80, according to WSAZ.com.)

In contrast, Kanawha County, home to the state capital Charleston, has reported 16 HIV diagnoses this year. Last year, it saw 17; the yearly average is 14, according to the Gazette-Mail.

“We’ve long had HIV in our community for decades. There have been low numbers, but they’ve been here,” Cathy Slemp, MD, MPH, the state health officer, told the newspaper. “This isn’t new, but we need to be prepared on how we’re going to handle it moving forward. We need education, we need to fight stigma and we need to connect people to care.”

Participants in the first HIV Task Force meeting included representatives from the sheriff’s office, local health and advocacy centers, the federal Ryan White Program and city departments. Future meetings aim to draw members from the mental health field and the substance use disorder community as well as other community and faith-based groups.

Slemp and Sherri Young, DO, FAAFP, executive director of the Kanawha-Charleston Health Department, told the task force that HIV cases in Kanawha are not stemming from the cluster in Cabell County. However, for the first time, transmissions in both locales are mostly related to injection drug use.

The HIV cases have stoked both support and criticism for needle exchange programs in West Virginia (for more about that, click here). Research and data prove that such programs do lower transmission, yet some people still find them controversial.

A syringe exchange program in Kanawha County was shuttered last year under political pressure, the Gazette-Mail reports, though an official said there was no “linear evidence” that the closing is linked to the spike in HIV diagnoses among injection drug users.

Health officials do not want to see a repeat of Scott County, Indiana, where an HIV and hepatitis C outbreak occurred about five years ago. The delayed response of then-Governor Mike Pence fueled the outbreak, in which about 215 people who inject drugs contracted HIV. For more about that, click here.

As a result of the Indiana infections, the Centers for Disease Control and Prevention (CDC) in 2017 warned that 220 other counties in the United States were at risk for similar outbreaks of HIV and hep C driven by injection drug use. Recently, smaller outbreaks have been reported in Ohio, Kentucky, West Virginia, Massachusetts, Seattle and other locations.

For related POZ articles, see “What Convinced Florida Republicans to Expand a Needle Exchange Program?” and “CDC Director Visits Ohio to Share Ideas for Ending the HIV Epidemic.” For a roundup of related articles in POZ, click #Needle Exchange. 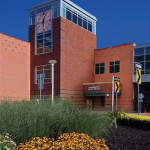