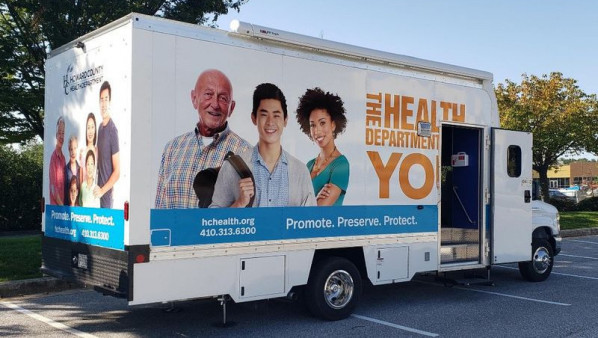 These Florida and Maryland communities can access HIV tests, PrEP and overdose prevention via an RV and a van.

In addition to HIV testing and supportive services, the Howard County Health Department’s new RV offers safer-sex supplies and harm reduction kits, The Baltimore Sun reports. In 2020, the county saw an uptick in opioid-related overdose deaths (33 as of December 15, compared with 29 in 2019).

“With any person who comes up, we offer sterile equipment, safe-sex supplies and information on different services available, like HIV testing and treatments if someone tests positive,” Aaron Hall, a peer support specialist who works in the RV, told the Sun. “We want to give people information and help them in any way we can.” The goal, he added, is to “meet people where they’re at” and to “mitigate risks.”

In the Sunshine State, Metro Inclusive Health, a nonprofit focused on LGBTQ wellness, is sending its van to locations in Pinellas County where the African-American community have been harder hit by the HIV epidemic. Pinellas County, with a population of about 920,000, is part of the Tampa–St. Petersburg–Clearwater metropolitan area. After a December 15 trial run at a recreation center, the Tampa Bay Times reports, the van will begin stopping at more locations, including churches, school campuses and neighborhoods.

Scientists consider PrEP to be about 99% effective among men who have sex with men and to be greater than the current estimate of 88% to 90% effectiveness for heterosexual men and women. For more details, see the POZ article “How Well Do U=U and PrEP Work? The CDC Updates Its Answers.”

In the United States, PrEP is available as the daily tablets Truvada and Descovy; both are manufactured by Gilead Sciences and consist of two meds. A generic version of Truvada became available last fall. To learn more, see “What’s the Difference Between Truvada and Descovy for PrEP?” and “Prevention: Generic Truvada.” For more general information, see the POZ Basics on HIV Prevention.